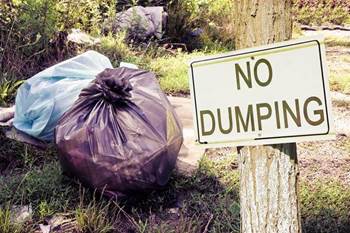 Councils that have accessed telecommunications metadata to enforce state environmental laws say they should retain the ability in future, despite making use of a loophole to do so.

The Australian Local Government Association (ALGA) used a parliamentary submission [pdf] to lobby for councils to retain the ability to get warrantless access to metadata.

“ALGA’s view is that if metadata is required by council to pursue a breach of the law, council should be  able to access the data to pursue criminal activities such as illegal dumping, removal of trees, traffic offences etc., if it is lawfully within their legislated powers,” it said.

In NSW, councils rely on compulsive powers embedded in state environmental laws to then demand access to metadata.

Telcos are compelled to hand it over by a loophole in federal law - s280(1)(b) of the Telecommunications Act, which compels carriers to respond to information requests where “the disclosure or use is required or authorised by or under law”.

There continue to be calls to shut this loophole down, given the large number of non-law enforcement and security agencies that avail themselves of it.

In a letter appended to ALGA’s submission, the now Canterbury-Bankstown City Council said it had not used the laws since it was created via a local government amalgamation in May 2016.

However, it said metadata access could still be useful to its investigations into environmental breaches.

It also argued against being forced to pay access fees, as law enforcement and security agencies must do - something that telcos have previously complained about.

“While Council accepts that there may be some cost associated with telcos responding to notices issued by Council, it is considered that such a cost would be minimal in the scheme of the telecommunications industry given that metadata has to be retained in any event,” Canterbury-Bankstown Council wrote.

“Furthermore, it is a cost that assists in the achievement of deterring environmental offences that can have significant impacts on the environment and the amenity of the community.

“As good corporate citizens, Council submits that telcos should not be averse to assisting in achieving these goals.”

ALGA said that Canterbury-Bankstown Council’s commentary was prepared “in collaboration with Fairfield Council, which holds the same views”.

Additionally, ALGA indicated it had asked Brisbane City Council to also comment on its use of metadata, but said the council advised “that it is not intending to make a formal response”.