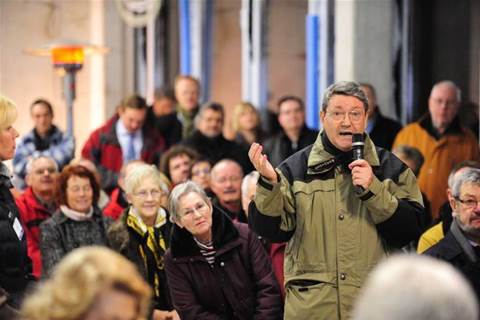 Regulator to allow postponement until July.

Australia’s corporate cop has cautioned companies switching to virtual and hybrid annual general meetings to get around COVID-19 social distancing requirements that resolutions and votes made using the technological fix are still stuck in a legal grey area.

The Australian Securities and Investments Commission on Friday issued notice to listed and unlisted companies that it would allow them to postpone AGMs until the end of July on the back of social gathering restrictions, with commissioner John Price also pressing the pause button on scheduled crackdowns.

Under normal circumstances companies would face stiff penalties and legal action in the event they failed to communicate details of AGMs to stakeholders or hold the meetings within a required period.

That’s now gone out the window.

At the same time, the outbreak of COVID-19 and its consequences have created a surge in demand for video conferencing and interactive meeting products and services as banks and businesses try to remain operational without coming into the office.

While the regulator doesn’t have an issue with electronic AGMs, it's cautioning companies and corporations to check whether they have already baked in the use of remote meetings technology into their constitutions because it may affect the legal standing of votes.

ASIC is visibly wary of the potential for some companies trying to switch to virtual AGMs shutting out shareholders and members in the process, with the regulator saying it’s better to use its ‘no action’ penalty holiday on late meetings rather than trying to force them through online.

“Postponing an AGM where an entity has made advanced preparation may cause significant cost and inconvenience, but holding an AGM where few members can participate either in person or online might not comply with the Corporations Act and produce an unsatisfactory outcome,” ASIC said.