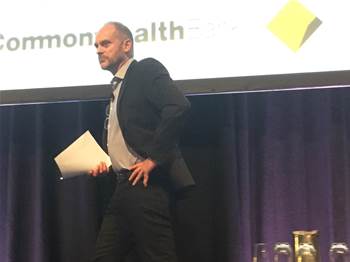 The Commonwealth Bank Australia’s straight-talking chief technology officer Matt Pancino has become the latest C-level defection from the institution’s massive tech shop after being poached by a multinational tech company, believed to be Google.

The CBA confirmed on Thursday that Pancino is leaving the institution, the second major departure from its senior IT ranks in almost as many weeks.

The CTO’s departure follows moves by CBA chief executive – no slouch on the technology front himself – to cement his own brand of leadership on Australia’s largest institution and rebuild its fortunes after copping a bruising at the hands of regulators and the Royal Commission.

While public contrition has been the default stance of most banks caned during and after the Hayne financial star-chamber, Pancino was franker than most about how the financial sector landed itself neck deep in regulatory excrement – and how tech contributed to that fall from grace.

Last November, Pancino delivered a warts-and-all account of how the banking industry had gone on a big data buying binge without taking the time to really examine what was coming out of core systems and legacy systems.

“We built data lakes. We built big warehouses. We bought appliances from vendors ... I know some of you are in here, we saw you before... We bought storage. We bought as much software as we could buy, and we employed data scientists, tens of them, and hundreds of them. We spent hundreds of millions of dollars,” Pancino said at the time.

A known sceptic of technology hipsterism and marketing buzzwords, Pancino irreverently described himself at the same event as “old and grumpy”, reflecting that the infamous AUSTRAC incident had cause feelings of “grief, anger, denial, sorrow, humility”.

Fines of $700 million tend to have that effect.

Google on Thursday would not confirm Pancino’s appointment but did not dismiss it either.

Prior to moving to the CBA around three years ago Pancino was chief executive of Suncorp Business Services, a role which he was promoted to after 2 years as Suncorp’s CIO.

Over the last two years Suncorp’s technology shop has been through the wringer.