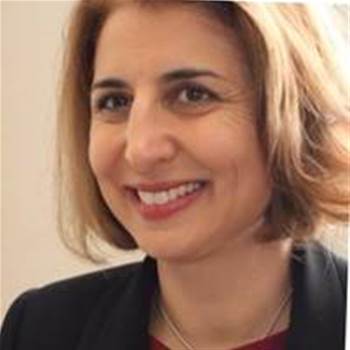 The Australian arm of global government and intelligence tech services specialist Leidos has confirmed it is losing its longstanding local chief Christine Zeitz just weeks after the NYSE listed firm revealed it had secured a major win with the Bureau of Meteorology.

It is understood Zeitz will leave the firm imminently after major clients in government were contacted to alert them of her imminent departure, with Paul Chase taking over the reins for the interim period.

Zeitz’s departure follows a four-and-a-half year stint steering the solidly growing local entity of the Virginia headquartered and NYSE listed company that has carved out a lucrative quality niche picking-up the spoils of shrinking general outsourcers both here and in the US.

A long-term tech player originally spawned from the nuclear, military and spooktech sectors, Leidos has for decades played the role of an effective stalking horse to general outsourcing stalwarts EDS and CSC (now combined into DXC) competing on execution proficiency as much as price.

The acquisition came as long-term miltech players vacated the IT outsourcing field in favour of tastier pursuits.

Under the Lockheed divestment and subsequent acquisition, Leidos in Australia went from 45 people to 1300 staff in Australia, doubling its revenue in the process.

It is understood the grind of commuting between Adelaide, Sydney, Canberra and Melbourne helped focus Ms Zeitz’s decision.

Aside from her leadership role at Leidos, Ms Zeitz is also a board member of SBS and regarded as an unapologetic champion of gender and broader diversity with not just within Leidos but across the broader security and intelligence sector.