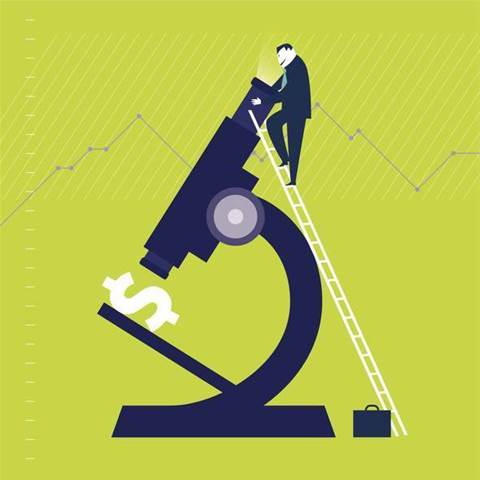 Major employers undertaking payroll upgrades or pushing through new awards could soon have to confidentially expose some wage and salary payments data to independent auditors under a push by peak body UnionsNSW for greater access to stamp out underpayments dubbed wage theft.

As the pile of high-profile casualties mired in payroll scandals continues to grow, unions targeting the massive retail, finance, hospitality and cleanings sectors are now pushing for boosted workplace entry rights that would allow them to digitally drill into payrolls to identify underpayment rorts and errors.

The bold push is contained in the UnionsNSW submission to the Senate Inquiry into Unlawful Underpayment of Employees' Remuneration that cites the “need for increased and innovative efforts to combat Wage Theft, stamp out exploitation and remove the structural barriers workers face when seeking remedy to underpayment.”

It comes as some of Australia’s biggest employers are increasingly hit by employee underpayment scandals now running into billions of dollars in pay remediations, with incidents often illuminated during audits needed for payroll software migrations and upgrades.

Among those hit by payroll data errors causing underpayment are Bunnings, the Commonwealth Bank of Australia, Coles, Woolworths, Qantas, Super Retail Group, Target and a swag of Wesfarmers’ companies.

While investors are predictably unimpressed by the spate of blue chip scandals, not least because of the nasty cost of backpay-plus-interest provisions that leach cash from dividends, there is a broad view that the underpayments in the biggest employers are stuff-ups rather than deliberate because of the massive reputational damage they extract.

Though that’s often not the case for a raft of bigger franchising, services and labour hire firms that have been more consistently willing to bend the remuneration rules to their own advantage with the standout exploiter being 7-Eleven in terms of franchisees getting busted by Fair Work.

(What is less discussed is that employers also sometimes accidentally overpay employees, but the process of recouping overpayments is such an exercise in administrative and legal misery it’s usually simpler and cheaper to write-off the money.)

At a broad level the UnionsNSW submission calls for a raft of changes to collect and expose data on underpayments and wage theft that include a register of “out of court settlements with de-identified data as a means of better understanding the scope of the problem”.

However the sharp teeth in submission are to “implement systematic and ongoing audits and investigations of employer compliance to remove the reliance on individual workers to make complaints about Wage Theft.”

Unions also want the “right of entry provisions in the Fair Work Act 2009 (Cth)” amended so they would “provide unions with access to workplaces suspected of underpaying workers”.

The federal government, according the UnionsNSW, should “directly fund” the underpayment surveillance regime to enable “peak industrial organisations (both union and employer peak bodies) to undertake proactive investigations and prosecutions to identify and stamp out Wage Theft and exploitation.”

While the populist image of how unions exercise workplace union right of entry provisions involves officials shirtfronting employers on building sites, in reality any new showdown over entry powers will most likely involve lawyers and auditors at dawn.

The sheers scale and complexity of major payroll data, which unions are understood to be seeking access to, will also require sweeping checks to be automated to at least some degree with agreed independent auditors and data analysts the most obvious people to do the probes.

The scale of some of the payroll data crunching is truly epic. In October 2019, Woolworths revealed it was checking literally 99 million records for payroll errors for which it at had, at that stage, provisioned $300 million to make good.

The margin-of-error in many payroll stuff-ups (as opposed to rorts) are, as their frequent lack of detection suggests, small enough not to be picked up by employees.

But that could be about to change with the advent of so-called digital unions like HospoVoice, part of the United Workers Union.

“This online platform organises and represents young workers and fights to expose and combat Wage Theft and other forms of exploitation rife in the hospitality industry,” UnionsNSW said in its submission.

The hospitality union has also had major successes with apps and digital to help attract and retain members by helping them navigate the maze of industrial conditions.

These include a “PayChecker”, a “Harassment Diary” and the sublimely simple “Record My Hours” function that the union markets o members as the “ where you can track and prove the hours you’ve worked.”

Hey Siri, check my payslip to make sure my higher duties and travel allowance is correct…