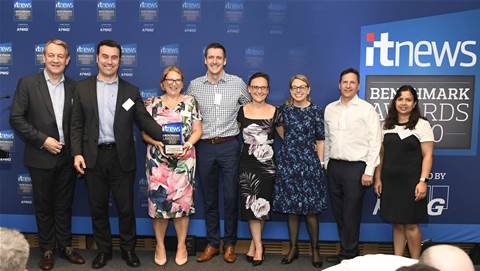 Ticketing and payments platform takes out the gold Benchmark.

Transport for NSW has taken out the top prize in the iTnews Benchmark Awards 2020, with its Opal Connect digital ticketing and payments platform crowned Australia’s IT project of the year.

The gong was announced at the Benchmark Awards gala dinner at KPMG’s Sydney Office in Barangaroo on Thursday night in front of IT leaders from across the country’s leading IT shops.

TfNSW was named the overall winner after topping the Mass-market category earlier in the evening.

The agency won praise for what has the potential to change the way NSW commuters pay for public transport.

It will form the foundation of the planned trial of a virtual equivalent of the Opal card and in the future, a Netflix-style subscription service for public transport services.

The platform provides a new way for customers to keep track of all their public transport payments, whether this is via Opal card or credit or debit cards.

You can read more about the TfNSW's work alongside the other winning projects and finalists here.