Time to get real-time: how the Reserve Bank of Australia lost its mainframe 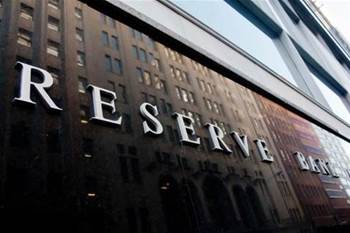 In the rough and tumble that is daily life in Australia’s retail banking and financial services sector, the performance of institutions in the eyes of customers and shareholders alike is today, more than ever, linked to solid technology strategy and execution.

Core systems renewals, better customer software, apps and bots are now all the currency of progress for commercial banks, yet few Australians realise that one of the biggest transactional players in the ecosystem is actually the government, namely the Reserve Bank of Australia (RBA).

Ask almost any Australian what the letters ‘RBA’ mean to them and the chances are your answer will be ‘interest rates’ – it is after all a central bank.

But what most Australians don’t immediately realise is that much of the digital progress made by the sector here over the last decade has been spurred on by the RBA, ranging from better online resilience to making real-time payments a reality.

While some of that push has unquestionably come from the regulatory and governance side of the fence, what has set RBA apart is that it has very deliberately sought to lead by example when advocating for improvements across the sector, which is no small feat in itself.

That’s meant overhauling the RBA’s own core banking platform (the originally Australian-developed BaNCS platform now owned by TCS) not just to bring it up to speed for processing real time transactions together with the New Payments Platform but also fully integrating services via APIs.

When you hear or read about emergency funds from Centrelink landing instantly in the bank accounts of people affected by bushfires or other disasters, that’s the RBA’s new real time rig at work.

Aside from future proofing, the benefits of recent major technology uplift at the RBA reach far and wide across government with the bank handling payment and transactions across tax, pensions, welfare and a myriad of rebates and refunds.

The project is a finalist in the iTnews Benchmark Awards 2020.

The first was the replacement of the RBA’s legacy mainframe application – and retiring the mainframe itself – with a more modern, adaptive systems that maintained reliability but are also responsive to customer demands as well as being easy to maintain and cost efficient.

At the same time, the RBA implemented a major industry initiative to provide a real time payments platform (the New Payments Platform) which required significant investment in technology and business capabilities to introduce true 24*7 operations with high availability and minimal downtime.

This was bolstered by the introduction of a cloud-based API Gateway as a strategic technology capability which enabled the Bank to expose its real-time web services to the Bank’s customers.

The cloud-based API’s allowed the RBA’s government agency customers to transform their business and user experiences for broader community benefit – which is no small thing.

The capability was recent called upon to deliver real time payments via the NPP for emergency welfare and disaster relief payments, the first use case where the Government used the NPP to deliver critical government services.

In terms of the approach to software, the RBA approached development that best fitted its strategic priorities, though the aim was to keep bespoke cuts to a bare minimum.

By way of example, the NPP solution was built in-house but also roped-in some products provided by technology partners.

On the flipside, the core banking upgrade was essentially provided by the RBA’s technology partner.

And to deal with deal with the unknown eventualities, the RBA also used “targeted proof of concepts over aggressive time frames” which it says proved invaluable realising success.

While all the programs were lead and run by internal RBA teams, the Bank did use key technology service partners to supplement our staff.

While the project was a bank-wide commitment, leadership on the tech side was provided by the RBA's chief information officer Gayan Benedict.

The roll call for those partnerships was TCS for the core-banking platform, HCL and Mulesoft for the cloud-based API Gateway and IBM and Syntegrity Solutions for consulting and delivery services for the New Payments Platform.

This project is a finalist in the Federal Government category of the iTnews Benchmark Awards 2020.