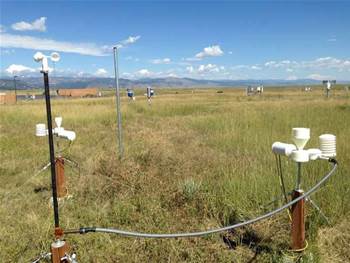 The Bureau of Meteorology has chosen Leidos to deliver a new data management platform that it will used to provide meteorological information and services.

Under the three-year contract, the IT service business that formerly belonged to Lockheed Martin will design, build and run the “secure, scalable and available” the platform.

The platform will replace the weather agency’s current data platform, which is based on outdated technology and uses various different data formats and data lifecycle approaches.

BoM went looking for the platform back in October 2017 to allow the weather agency to provide weather, water, climate and ocean services.

It will also “support the addition of emerging information capabilities”.

In a brief statement, Leidos Australia’s chief Christine Zeitz said the project – which commenced in late November – was the company's first with BoM.

“The Australian community depends on the critical data that the Bureau collects and delivers and we look forward to supporting this through the platform,” she said.

The contract is the latest to be signed by in connection with BoM's multi-year IT transformation project, dubbed ‘robust’.

The project, which was first funded in the 2018 federal budget, is hardening the agency's operating environment in response to the 2015 hack by suspected foreign adversaries.

It also recently inked a $31 million deal with Accenture for a new all-in-one digital channels platform, which will involve an upgrade of BoM’s primary website.