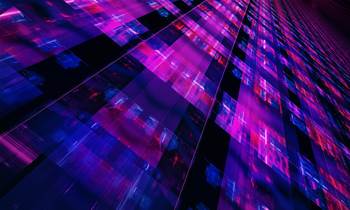 Australia’s big four banks haven’t given the community many reasons to cheer them in recent years.

But Prashant Khanna thinks at least one is showing signs it can restore customer trust by developing an adaptive culture that delivers rapid responses to the changing market.

Khanna is a partner in KPMG’s Digital Delta digital transformation team, and advocates that organisations need to anticipate future changes and improve their ability to respond to these changes with speed and confidence, while acting as an integrated team.

“Business today needs to be able to delight different customers in different ways, sometimes with a palette of different service offerings” says Khanna.

Doing so means that businesses need to be able to anticipate future customer needs, and that requires a mindset that allows them to adapt and swiftly reconfigure themselves to respond.

“It’s about very consciously creating space in the organisation to have an adaptive mindset,” Khanna says. “We must foster an environment and culture that allows people to anticipate future customer demand, reimagine or reinvent a service, and then have the necessary digital agility to meet the challenge.  We all know the stories of businesses that held on too long in a changing world to what worked for them in the past – this is about having the organisational courage to leave the old behind and embrace the new supported by the right cultural mindset, change leadership, business models and technology.”

At a macro level, that means businesses learning how to quickly enter adjacent businesses, or reconfigure an existing business.

“In a technology sense, ensuring a business is not held back by its monolithic systems is key to supporting an adaptive organisation mindset. Instead we need a digital strategy that starts to obsess about the modularity of digital services in their component parts. How modularly adding a new digital service can make material step-change to the business.”

Hence Khanna’s thoughts on one of the big four banks, which recently introduced a drought-support donation facility to its banking app, received millions in donations for the effort and was then able to tell the story of its role assisting vulnerable communities to sustain themselves through difficult times.

“Although fairly practical and contained in terms of the change, this was an example of being adaptive,” Khanna says, because it showed the bank could quickly develop and deliver an initiative and make it part of a critical channel to market. And even though the business impact was likely to be felt in terms of reputation rather than immediate bottom-line benefits, the bank was able to understand that potential long-term benefit and back the initiative.

Being adaptive does not always start with technology.  Sometimes having an adaptive mindset and culture can drive significant operational benefit just by reconfiguring and re-thinking the way the business operates.  Another success story Khanna cites is that of Ambulance Victoria, which in 2015 and 2016 re-configured its operations to send fewer ambulances to patients.

Which may sound counter-intuitive – surely such an organisation’s job is to just get the ambulances out there!

Ambulance Victoria instead reviewed the 1,000-plus classifications it used to describe a patient’s condition when they call 000. That 2015 review found 255 “Code 1” classifications did not need a “lights and sirens” response, but could instead be handled by paramedics or registered nurses. 71 classifications that did not previously require ambulances also received changed responses.

The organisation ensured that experienced paramedics or registered nurses ask a series of questions of less-urgent 000 callers to find out more information about an individual’s health issue and explore alternative options to emergency ambulance. This can include sending non-emergency transport, connecting patients with a doctor or pharmacist, or providing health advice to treat conditions safely at home.

The result of that review, and organisations change, was more ambulances available for the cases that needed them the most.

“By not sending emergency ambulances Code 1 to patients who don’t need it, we have been able to improve our Code 1 response to the patients who do, and these patients are getting faster responses and better health outcomes,” said Ambulance Victoria CEO and Associate Professor Tony Walker.

And by better outcomes, he means lives saved: in 2016/17, a record 379 heart attack patients attended by Ambulance were discharged alive from hospital – 21 more than the previous year.

iTnews recently spoke to MYOB and learned that the accounting software giant has also become an adaptive organisation, in a program it labels a “future-makers” effort.

David Weickhardt, General Manager for Product, and Chief Technology Officer Hugh Fahy told us the company knows it is in a competitive market and that customers look to it for innovations that improve their businesses. MYOB must therefore develop more software, faster!

MYOB’s response is teams that comprise product managers and engineers, all working together on behalf of customers.

“The product person looks at what we will do and the engineer looks at how we will do it,” Weickhardt explained. “The key thing is they are jointly accountable for the same metrics. We think of it as being on the same doubles team.”

Fahy showed how that works by adding “Like good tennis players we are interchangeable. We both need an understanding of the customer, and empathy for each other’s role.”

“We are in a competitive market and that makes everyone want to run fast and innovate. We asked what do our crews need to be great? The answers were purpose, boundaries, and knowing how they fit into the bigger picture.”

The company now operates small teams working on short projects that directly address a problem identified by customers. During that process MYOB’s teams get constant feedback from customers, then iterate their solution until customers are satisfied, then make those innovation a part of its product.

“If you get to the mindset of quickly reallocating investment to configure people and technology modules to add capacity and rapidly respond to customer’s future needs, you are setting the organisation up to succeed with an adaptive mindset and culture,” he says. “And that adaptive mindset is one that is looking to anticipate the future, but not when a shiny new toy is introduced without either an existing business case or future anticipated need, just because it is what we think we need.”

“For all of the digital and operational agility, adaptive organisations always think about the future with rigour and governance, because they know if you don’t you will end up with technology spaghetti. But this technology governance is not a traditional top-down construct.  It is adaptive by its very nature with minimal bureaucracy and right-sized delegation, risk management and oversight.

To help with this, it is also important to cultivate new forms of digital leadership to ensure the mistakes of the past aren’t repeated.  A key facet of this is encouraging technology leadership with a serving mindset.  It’s the servant leaders who will ultimately encourage and foster the space in which new ways of working and innovation in business offerings supported by digital innovation can emerge.”