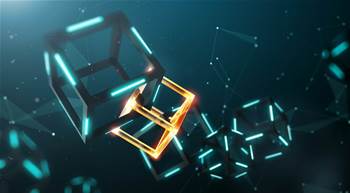 The issues stem from the core promise of the technology - connecting a bunch of devices (known as nodes), which keep track of and verify transactions in unison to ensure that if one node’s data is corrupted or someone attempts to make a fraudulent transaction, the rest of the nodes reject the discrepancy and maintain backups of the verified data.

The processing power and energy needed to maintain a network of nodes in DLTs is significantly greater than having a centralised ledger, as all nodes need to be switched on to process each transaction.

In late 2018 the Oak Ridge Institute for Science and Education found it takes more energy to process transactions on any of the four most popular cryptocurrencies (operating on blockchains) than it takes to mine actual metals like gold and copper.

A 2019 report by PricewaterhouseCoopers in the Netherlands estimated that a single Bitcoin transaction produces up to 360kg of CO2, compared to 0.4g for a VISA transaction or 0.8g of carbon for a Google search.

All of this, as the Reserve Bank of Australia has pointed out, makes DLTs slow and expensive, especially as the network grows and adds more nodes.

Swinburne will also set out to improve the security of blockchain technologies as part of the project.

Once touted as “indellible” due to the distribution of data across multiple encrypted nodes (a majority of which need to approve a transaction), the university now describes the technology as merely “quite difficult to manipulate” after the emergence of attacks that can take over 51 percent of a blockchain's network and thus prevent transactions from being recorded or reverse earlier transactions.

While 51 percent attacks, as they’re  known, would be more difficult to achieve on a larger blockchain, a smaller one used by a trade or logistics operation would have fewer nodes to attack.

The researchers hope to develop new software to combat 51 percent attacks and other vulnerabilities, and are looking to artificial intelligence as a potential means to rebuff bad actors.

“Working with Asta Solutions, we have developed the prototype and tested the functions of the system, and the outcomes have been successful,” he said in a statement.

“Our research shows how using blockchain and artificial intelligence, among others, can achieve a higher level of performance, privacy, and security.”

Despite the issues with scaling the technology, several Australian organisations have either trialled or begun looking at using blockchain in trade, including the Commonwealth Bank, an ASX-listed mining operation, Nestle Australia and IBM.