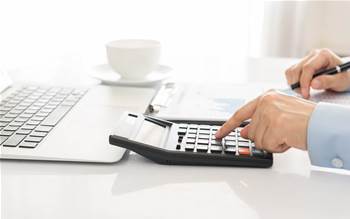 Not all cell sites to be created equal.

Telstra is expecting wide variation in the cost of deploying its 5G network, with some “macro” 5G sites four or more times more expensive to build than others.

The telco revealed the cost discrepancy in a regulatory filing on Tuesday night, adding a fresh dimension of uncertainty to what is already shaping to be an expensive build exercise.

Carriers are re-farming existing spectrum for 5G but are also likely to be in the market for more via an auction planned for late 2021.

They must also deploy 5G without the presence of Huawei equipment owing to a government ban; Huawei commissioned research this week claiming its exclusion means telcos are paying a deployment mark-up of “nearly 30 percent” or “up to $300 million extra annually ... over the next decade.”

On top of equipment and spectrum costs, telcos like Telstra are also still trying to navigate evolving 5G standards and use cases.

According to Telstra, there are difficult decisions being made now as to how much capability to build into the 5G network now versus later into the future.

“The cost to deploy any new macro 5G site can vary easily by a factor of three-to-four fold simply based on the capabilities and future flexibility we want to build in upfront,” Telstra said.

“This is because 5G is an evolving technology with many of its capabilities only becoming enabled in core technology and devices over the next three-to-five years.

“There are choices to be made on whether a bare bones site deployment is made to service the current capabilities only or whether to expend much more per site with an aim not to have to revisit as new use cases and demand develops.”

Coinciding with its presence at the annual Consumer Electronics Show (CES) in Las Vegas earlier this month, Telstra said it had 800 5G sites live nationwide across 26 cities.

Telstra is offering 5G connectivity free to all customers with a compatible device for at least a year, though it ultimately plans to charge extra when users are in a 5G zone.