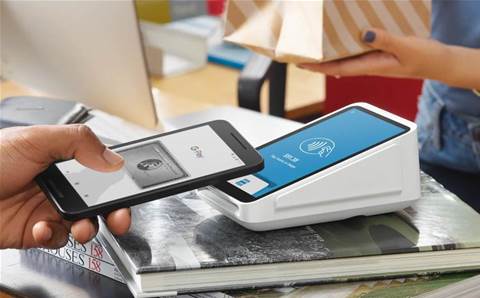 Square, the plucky retail payments company started by Twitter founder Jack Dorsey, has taken the cudgels to Australia’s banks, their entrenched US payments providers and local regulators in a rare spray over rules governing the local electronic transactions market.

The firm, which has bet heavily on its swanky new eftpos gadget winning over merchants fed up with steep monthly bank rental fees, claims it has been the target of “instances of anti-competitive behaviour from a number of the incumbent operators.”

While refraining from naming specific institutions or their payments providers – or formalising the complaint with the competition watchdog ­– the firm says that despite broader government support, regulations in Australia are still structured around the big banks to the detriment of new entrants.

The accusation comes just months after Square launched its slick new terminal in Australia to great fanfare, with Jack Dorsey personally flying into Australia to plug the device.

Dubbed the Square Terminal, the machine sports a colour touch screen and accepts all cards that bank terminals do but ships without annual or monthly merchant services fees or contracts or minimum transaction volumes.

Instead, merchants pay a flat $439 for the hardware and access to Square’s software ecosystem plus a flat clip of 1.6 percent per transaction, a price structure that is highly appealing to merchants with lumpy turnover patterns, with the machine selling through big retailers.

But it clearly hasn’t all been plain sailing for Square since the big launch in September last year, given the catalogue of complaints that is contained the company’s submission to the Senate Select Committee on Financial Technology and Regulatory Technology.

“We have occasionally found some of Australia’s regulatory frameworks (such as AML/CTF) to be challenging to navigate owing to their one-size-fits-all nature,” Square wrote.

Though possibly not as challenging as the Commonwealth Bank of Australia or Westpac, which both sacrificed their chief executives at the altar of AML/CTF non-compliance.

“While we will always operate in line with our regulatory obligations, we feel that some regulations do not adequately acknowledge that new and smaller fintech operators, like Square, have very different business models, market shares, customer bases and resources to the incumbent players.”

Square also reckons the entrenched payments schemes have secured a bit of a free kick from regulators on the KYC front and is calling for rule changes to level-up competition for smaller providers.

“We understand that certain global payment operators have secured working exemptions in regards to KYC with AUSTRAC,” Square said, adding that it and others “could greatly benefit from an express regulatory exemption of this nature, given the make-up of our customer base and operating model.”

“For example, a codified exemption from conducting KYC when a customer’s aggregate transaction volume is below a certain monetary threshold would create clarity and support innovation and competition in the financial industry.”

But the submission is not entirely about relaxing regulations to take the fight up to big banks, Mastercard and Visa.

One area where Square believes there need to be firmer checks is the apparent ease with which consumers can complain about merchants using its services, which appears to sapping the resources of Square’s 80 Australian staff.

The friction point there is the Australian Financial Complaints Authority (AFCA), which Square said has “seen a significantly higher number of financial disputes coming through the scheme, more than we have received directly to business from consumers”.

“AFCA was established for consumers who are unable to resolve complaints directly with member financial services organisations but we fear that some consumers are being encouraged to go straight through the AFCA process instead of trying to settle a complaint directly, which is becoming very resource intensive,” Square said, without naming who was egging on aggrieved customers.

“A consumer bias has developed in the financial industry where companies have historically disregarded the rights of the consumer to serve their own interests,” Square’s submission said.

“However, we pride ourselves on not operating this way.”