Has Morrison laid the path for an APS tech skills pay boost? 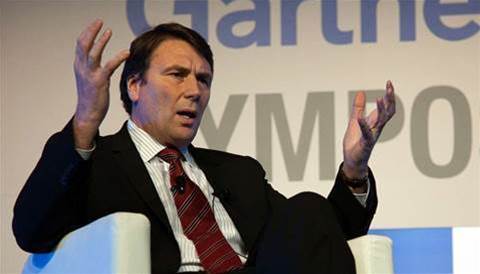 Recognition of tech 'professions' finally comes to the public sector.

Federal public servants will soon gain professional recognition for their digital, data and tech skills rather than being clumsily categorised as clerks or managers under an overhaul of the bureaucracy – but deafening silence remains on the yawning disparity between public and private sector pay.

Despite a tech-led response that’s supposed to turbocharge service delivery, the key question of how the Australian Public Service will attract, retain or buy-in tech skills has been left wide open in the response to the Thodey Review as a blunt force reassertion of ministerial power over the 'pin-wearing' Mandarin class plays out.

Yet beneath the usual political pugilism, the Morrison government last Friday still managed to commit to rolling out what it calls an “APS professions model” that will kick-off with the bureaucracy’s three key systemic weak spots; digital, data and procurement.

In plain terms, that means that the APS' tech ranks could finally get some kind of formal structure for digital and IT skills that is consistent across its agencies and most likely state agencies too – rather than letting consultants concoct jibber jabber job jargon that simply doesn’t map to agency role descriptions.

A lot of the tech-enabled roles and skills the government needs to hire arguably haven’t previously existed, or, if they did, were often jettisoned under the whole-of-government outsourcing disaster in the 1990s that stunted APS tech talent development for a generation.

What now appears to be on the table is the recognition and development of an APS tech career track; and within that, potentially, an acceptance that not all public sector career development and promotion ought to necessarily be based on a managerialist model to move up the ranks.

Whether the new tech ‘professions’ will follow something like a science or engineering career track, where scientists can do bigger better science rather than manage scientists, is too early to say.

But there is now, at a minimum, a conscious acknowledgement of a structural talent deficit that is biting and urgently needs to be salved.

What’s on the move?

The language the government is using for its latest shtick is a bit chewy, even obtuse. But there are some important things are on the move deep within the so-called 'bubble', especially around the recognition of technology as a profession.

The key takeaway is in recommendation 20 that sets out the overall workforce posture.

“The Secretaries Board will build APS skills and expertise, and address gaps in capability, through development of an APS professions model. This will help the APS develop current and future capabilities identified in the APS Workforce Strategy… The APS Commissioner is the overall head of professions, with senior APS leaders to lead individual professions,” the government’s response says.

“The APS established a human resources profession in October 2019 and will progressively establish further professions in 2020, commencing with data, digital and procurement professions,” the response continues.

When implemented, the head and shoulders of the new mandate (at least on paper) should create formally recognised, consistent and transportable tech skills pools across agencies.

Knowing what tech kind of tech skills exist across government, whether permanent or contracted, has been a burning issue for departments attempting tech renewal or transformation projects because the availability and price of labour can be difficult to determine.

Just ask any contractor working on an SAP build.

No clarity on pricing – yet

What still isn’t clear is whether parts of the APS are prepared to bite the bullet on pay gaps that have emerged over the last decade, especially as the corporate sector has ramped-up investment in its tech workforce to meet the broader digital disruption challenge.

Australia’s public sector pays comparatively well compared to other countries like the US or UK for managerial and senior managerial roles, with senior executive salaries starting at around $180k and nudging up to about $1 million at the very top.

Where the big sectoral disparities exist is further down the ranks, with banks noticeably pushing up the price of talented architects, cutters and engineers (think DevOps, Kubernetes, cyber etc); very frequently to above  $120k per annum, which is around where APS executive level (EL) roles top out.

While the competition for tech talent is undeniably intense, what’s also in the mix is that labour prices in the private sector are highly elastic and demand-side driven, especially for the likes of cloud, infrastructure or mainframe skills that underpin big transactional rigs.

With the exception of contractors (the coalition of the billing), public sector IT labour pricing is still largely inelastic with agencies covered by industrial instruments that set a steady and structured wage or salary that may have penalty rates, but is largely devoid of performance bonuses.

Breaking up the band

The question still not addressed in the response to Thodey is whether agencies will be allowed to go ‘out of band’ – or essentially exceed existing salary caps to – to attract and build a permanent workforce.

One option is to independently price skills levels and then use the creation of new ‘profession’ tracks to offer a more competitive package that could be buoyed by more generous conditions, like superannuation, leave or flexibility and mobility in roles.

The appeal of doing meaningful work for the public good, a once strong pulling factor that has also lost its shine a bit, sullied by ham-fisted and toxic expediencies like Robodebt (though banks now have their own special cultivar of reputational stench through recent governance fiascos).

The out of band approach has already been successfully deployed by some agencies in New South Wales, though its use is far from trumpeted.

Some national security agencies have also had their chain loosened in terms of competitive pay for critical tech skills, though they can still trade on their caché for attracting younger staff.

Some senior public sector sources and former public servants suggested to iTnews that the meaningfulness of public sector tech work was a far bigger motivator and attractant than just salary, as long as conditions and pay were not Dickensian.

That said, there were still major challenges.

One disconnect appears to be at the graduate level, with banks, insurers and tech firms now routinely sponsoring scholarships in university tech courses and cherry picking talent as well as offering paid internships and undergraduate trainee programs.

In the public sector, this simply hadn’t occurred at the tech level, with a focus often falling to pushing tech qualifications downstream to a vocational and technical trades education level with no intermediate “polytechnic” equivalent.

More generally, tech trades courses were often seen as somewhat transient, difficult to transfer and economically exposed to automation, compared to say a fridge mechanic, plumber or builder, even though all those trades are increasingly technologised.

A number of sources said that both the Commonwealth and the states needed to revisit the notion of public service university scholarships and the reintroduction of the Public Service Exam to foster tech talent.

For some agencies, one problem was that IT graduates often expected entry level salaries at an APS grade 4/5 when they simply did not have the workplace experience needed yet for that level of role.

At the same time, many public service graduate recruitment programs tended to look to make high flying hires that made secretaries and their seniors look good (essentially SES aspirants) rather than looking for solid talent to create needed baseload in less sexy areas.

To be fair, a pretty big slab of the Thodey review was always going to emerge dead on arrival after its instigator, former Prime Minister and innovation tragic Malcolm Turnbull, became the latest fatality in the perpetual factional blood feud that is Canberra.

Expunging the vestiges and vices of vanquished predecessors is a core part of political succession, so many of the lofty, agile and transformative long to medium term ideas were always going to get clobbered, like guard rails to stop ministerial staffers heavying bureaucrats.

What’s remained, in terms of digital, will now be more firmly guided by ministers which can cut both ways, as the DTA learned under Angus Taylor.

At the same time, the APSC under previous heads like John Lloyd tended to focus on the pushing the performance management and industrial side of APS 'reform' while tech skills took a back seat.

The challenge for Morrison now, irrespective of the Thodey report, will be how to attract the technology talent needed to achieve significant tech-led service delivery reforms the PM has nailed his colours to, while still appearing outwardly hard on the 'pin wearers' for political optics.

These are not natural bedfellows.

People might have voted for Morrison – but that doesn’t mean they want to work for him.

By the end of next year, it could be a matter of so ‘where the bloody hell are you?’