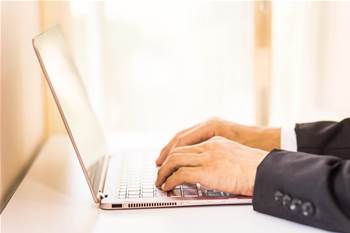 MYEFO: New platforms get a start.

The federal government has set aside more than $60 million this year to begin developing Australia’s future single business register.

In its 2019-20 mid-year economic and fiscal outlook (MYEFO), released on Monday, the government said the funding would be used to “create a single, accessible and trusted source of business data”.

It will do this by “introducing director identification numbers and transferring existing business registers on to a modernised platform operated by the Australian Business Register”.

The majority of this funding, which forms part of the government’s $156.2 million ‘new deregulation agenda’ initiative, is expected to flow to the Australian Taxation Office.

The ATO has been looking to merge its sprawling collection of registers since December 2017, when it went looking for a government-wide platform to simplify the registry processes for businesses.

But that attempt ultimately proved unsuccessful, with iTnews revealing earlier this year that none of the solutions submitted to the ATO were found to meet its needs.

Since then, however, the ATO has been working with Accenture on the high-level design phase of the whole-of-government business database ahead of government sign-off.

MYEFO will also provide $29.2 million under the same initiative for a new digital export certification management system, which will be used to “streamline export processes”.

The system will offer a “modern and secure approach to assuring that produce meets importing country requirements”.

Elsewhere in MYEFO, the Digital Transformation Agency will receive $25 million over the next two years for two whole-of-government digital initiatives.

The majority of this funding will flow towards the “development of the protected utility platform” and the implementation of the government’s hosting strategy.

Since the hosting strategy was released in March, there has been little said about the new requirements for data centre and managed services providers that handle government data.

The digital identity program last received $67.2 million funding in the April federal budget to accelerate development and test myGovID through a number of pilots.

The credential can now be used for a number of online services, including the existing Australian Business Register and the ATO’s new tax agent portal, known as online services for agents.

The new funding brings total funding for the program to $166 million in the last two years, following a $92.4 million windfall in last year’s budget.