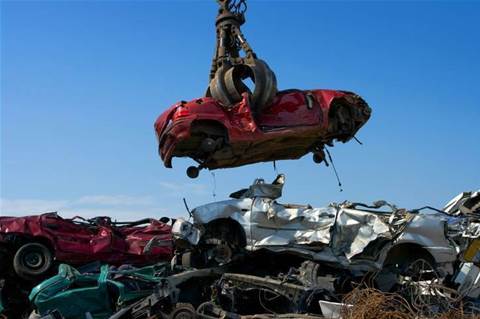 The Big Four banks’ mainframe batch-driven and occasionally accident-prone direct debit system has come into the crosshairs of Australia’s payment systems regulator, with the Reserve Bank of Australia floating the possibility of finally retiring many decades-old BSB-based systems.

As consumers resoundingly dump older ‘set-and-forget’ payment options for online and app-based transactions that are rich in functionality and messaging data, the RBA has told banks to start thinking about “the future of the direct entry system” and whether there is a case for migration.

The direct entry system, as its name suggests, is a series of connections between institutions in Australia that lets money flow directly from account to account, usually through overnight batching that means it often takes at least two days for funds to become available.

The predominantly mainframe driven system also underpins many automated and recurrent payments, particularly direct debits that are loved by subscription services like gyms but loathed by consumers who find them hard to turn off.

The call to put the S360 era system under microscope is contained in the RBA’s recently released issues paper on Review of Retail Payments Regulation and spells out what the central bank sees coming down the line in terms of regulatory and technological developments.

“At some point it may be appropriate to consider whether the enhanced functionality of more modern arrangements (such as the NPP) offer benefits that would justify migration of remaining payments going through the direct entry system,” the RBA paper says.

It also flags continuing issues with how direct debits are managed.

“End-users have periodically noted to the Bank that cancellation or redirection of direct debit and other automated payment arrangements is not always straightforward,” the RBA paper says.

In practical terms that’s a nice way of saying switching is still a painful and cumbersome experience, especially when merchants like gyms and packaged meal subscription services are conveniently slow in cancelling direct debit instructions.

There have been some spectacularly bad accidents too, and not just on the outage front where the RBA has instituted a strict confessional regime to counteract cover-ups and spin doctoring.

Just over a year ago a feral batch file from insurer RACV caused direct debit transactions at acquirer NAB to go onto a repeat loop, emptying bank accounts and maxing out credit cards in the process.

At the same time ageing mainframe and batch-based systems have caused no end of regulatory headaches for major banks, especially on the AML-CTF front with AUSTRAC scandals at both Westpac and the CBA also erupting from crusty batch direct entry technology that has proven difficult to retrofit monitoring to.

In terms of effect, the RBA’s regulatory reviews have a tendency to be tectonic in terms of how they shape the banktech landscape. The last review, done in 2012, set in motion interventions that created the New Payments Platform after banks spent a decade resisting systems modernisations.

With the NPP’s new real-time infrastructure and personal account identifiers (Pay ID) now up and running – with the notable blessing of the central bank – an obvious question that arises is whether some banks are stalling full implementation because they still have an alternative.

Any holistic migration off the current direct entry system – which would need to happen before any consideration of retirement – is still some way off, according to the RBA. It just wants the banks to have a little think about what a future without clutching to legacy systems might look like.

“Current direct entry arrangements are low-cost, efficient, widely used, and volumes continue to grow (in contrast to the cheques system),” the RBA states.

“Such a migration will not be under consideration as part of this review, but the Bank would be interested in industry views on the longer-term strategic issues that might arise here.”

Rest assured, there will be many industry views, not least from existing stakeholders which include the NPP itself, BPAY, eftpos and pretty much the entire payroll and billing industries.

And of course the banks, which largely resisted the NPP’s creation, have a vested interest in any migration mandate.

It’ll be just what they were hoping in terms of summer relaxation before bowling-up submissions in January.

Well, maybe not so much.