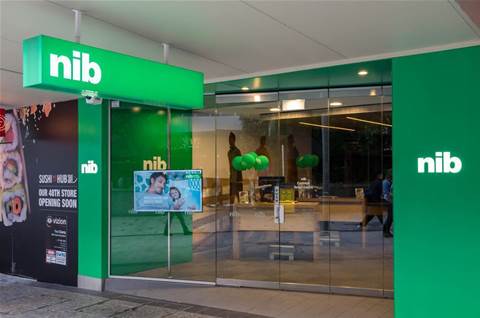 Newcastle-based health insurer nib has partnered with global healthcare services provider Cigna to spin out a specialist data sciences and services company to drive better outcomes for its members.

Although the joint venture will operate independently of the insurer, it will initially provide data services to companies within the nib group before expanding to other healthcare providers and insurers.

Nib managing director, Mark Fitzgibbon, said in a notice to the ASX that the first priority of the joint venture will be to deploy and build the necessary technology and capability, leveraging Cigna's IP and industry expertise.

With $10 million in funding coming from each founder, activities of the as-yet nameless venture will be to:

Attempting to have a preventative, personalised approach to healthcare is the “antithesis” to the current health insurance industry, Fitzgibbon said, which instead focuses on cures over prevention and one-size-fits-all policies.

In a call to shareholders on Friday, he said that aside from localising Cigna’s healthcare algorithms to enable their use in an Australian context, the biggest push will be in collecting customer data to deliver insights.

He said that it would be the “natural” progression to obtain members’ genetic data in the near future, and possibly even tap into people’s My Health records if sufficient safeguards, approvals and customer consent is given.

The internet of things (IoT) was also referenced as a source of data, a subject which has drawn some concern in the US market as health insurers have toyed with the idea of giving members fitness trackers and adjusting their premiums accordingly.

Fitzgibbon was careful to state that this shouldn’t be taken as a step towards the ‘Americanisation’ of the Australian health insurance networks. However, public opinion in recent months has hit out at Australia’s insurers for increasing premiums faster than people’s pay packets have risen, and for passing on hefty gaps.

Data privacy and security is an obvious concern, which Fitzgibbon said had been given substantial consideration.

He said nib’s recent entrance into the travel insurance market has given it a firsthand understanding of Europe’s General Data Protection Regulation (GDPR), its ‘right to be forgotten’ policy, and its tough stance on data breaches - trends which Fitzgibbon expects to become more widely adopted due to consumer demand.

He added that the move from the insurer “shouldn’t be a surprise” given nib’s efforts to protect the health and financial standing of its members.

“It’s a giant step in our ambitions to play a more substantive and cost effective role in healthcare,” he said.

“As a business we’re determined to help our members, in collaboration with their doctors, keep healthy rather than simply be there for them when they’re already sick or injured.

“And with over 740,000 avoidable hospital admissions in Australia every year, representing
approximately 7 percent of all hospitalisations, we think there’s an enormous role for the joint venture to play,” he added.

On the investor call, Fitzgibbon said that he expects doctors and other healthcare practitioners to make use of the joint venture's data and services as part of preventative care strategies, although he did note that there may be some reticence from doctors in taking healthcare advice from an offshoot of an insurer.

The joint venture will be led by Rhod McKensey, who has been group executive of nib’s Australian Residents Health Insurance (ahri) business since 2013.

McKensey will be replaced by ahri’s head of marketing and products, Ed Close.