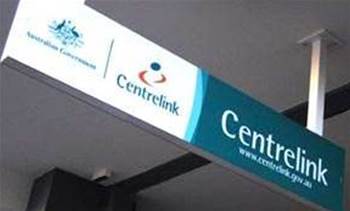 The Federal government’s reviled Robodebt program has been dealt what is set to become a lethal legal blow after the Federal Court ruled the way so-called debts are automatically estimated simply fails the evidence test at the first hurdle.

In a judgement that raises serious questions around what legal advice the government received prior to launching an unguided missile powered by data matching, Justice Jennifer Davies found that the government “could not have been satisfied that a debt was owed in the amount of the alleged debt.”

The decision has major implications for organisations who rely on automated systems to generate alleged proof of debts or receivables using averages, forecasts or data modelling as the basis of claims.

This is the 'bad machine' precedent. Humans will from now be held to account, especially the ones who own the machines.

The government, after years of tough talk, this month quietly unplugged the income averaging algorithm after it read the legal writing on the wall of the Victorian Legal aid case, which was run separately to a class action backed by Labor.

The judgement will send shockwaves through the entire debt recovery industry, where Centrelink is a whale of a buyer, and was recently exposed by iTnews to be using the services of firms being pursued by the Australian Competition and Consumer Commission over unconscionable conduct.

(To be clear, welfare debt, real or alleged, is not referenceable against consumer credit ratings even when it is sent to collection.)

The crux of Wednesday’s court finding is that creditors need to be able to demonstrate the transactional history of how a debt was incurred, in strict terms, before pursuing recovery action that relies on alleged debtors surfacing contrary evidence.

Put simply, they can’t just ‘guesstimate’ debt and then blame the computer. At its core the judgement is a vindication of garbage-in, garbage-out.

It also means billings system data needs to be accurate, timely and not rely on patterns and forecasts, as utility bills often do. Watch that space.

The wider public sector has been at best uncomfortable with Robodebt, often seeking to quarantine it from other government data-driven programs.

Victoria Legal Aid ran the case, which, on reading the judgement would have been hard if not impossible to defend. The government also essentially pleaded no contest.

Labor is dining out on the victory having co-launched a class action against the scheme. Yet in the end it was up to underfunded and overworked Legal Aid practitioners to unpick the stitch-up.

However the biggest pop of Champagne corks – or possibly reasonably priced Australian sparkling – will be at the Australian Taxation Office which has been seeking to extricate its reputation from Robodebt’s pernicious grip.

As the dust settles, the real question will be who bowled this turkey up, and who failed to shut it down.

There’s a saying in government that for a true bureaucrat, a good day at work is when proper public sector oversight stops someone from doing something. Robodebt validates this.

Many, inside government and out, will say good riddance to bad data.