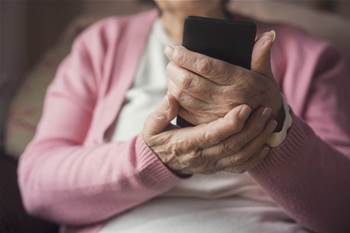 Engineers at the University of New South Wales are developing a machine learning app that could one day make dementia testing among the elderly as simple as speaking into a phone.

The app uses speech-analysis algorithms to combine memory recall tests with an examination of paralinguistic features of speech like rhythm, pitch, volume and intonation.

Dr Beena Ahmed, the lead engineering researcher from UNSW’s School of Electrical Engineering and Telecommunications working on the new algorithms, said an objective analytical tool could be immensely valuable.

“The tool will essentially replace current subjective, time-consuming procedures that have limited diagnostic accuracy,” she said.

Through the app, a participant listens to a list of 15 words and then repeats as many as they can remember - a process which is repeated three times using the same list of words.

After a gap of 20 minutes, the person is then asked to recall as many of the words as possible.

Meanwhile, the app listens out for accurate recall of the words and other tell-tale signs of dementia including frequent pauses while searching for a word, repeated or restarted phrases, repeated or extended syllables, frequent filler words like 'um's and 'ah's, mispronunciations and word substitutions.

It also listens out for other known markers in a speaker’s melody, intonation and rhythm.

Early trial results appear promising, Dr Ahmed said after presenting a paper on the research at IEEE EMB Strategic Conference on Healthcare Innovations in the US.

“Initial studies by our team have shown that it is possible to discriminate between participants at high risk and low risk of dementia as determined by clinicians with an accuracy of 94.7 percent when trained with paralinguistic features only, and 97.2 percent when trained with paralinguistic and episodic memory features using audio recordings of participants completing an episodic memory test,” she said.

She said the results are an improvement on current assessments like the Mini-Mental State Exam and the Mini-Cog test, which work on similar principles but can produce subjective results.

“Accurately scoring assessments like these is subjective, depending on the expertise of the clinician, test conditions, patient condition and other factors,” Ahmed said

“Also, access to specialist services is challenging and often inequitable, especially in rural and remote areas. Speech, on the other hand is easy to collect, even remotely over the phone, is cost-effective and non-invasive.

“And as our speech-based assessment will be performed computationally, it is less susceptible to subjective biases.”

A screening tool that could be reliably performed by any GP or through telehealth services could increase the likelihood that people at risk of cognitive decline get identified sooner so they can be provided with early treatment to delay the onset of more severe conditions like dementia.

“Recent studies have found that the trajectory of cognitive decline can be modified with lifestyle-based interventions (such as mental exercises) in those with mild cognitive impairment,” Ahmed added.

“It can also help reduce anxiety around self-perceived cognitive symptoms when objective testing determines that performance is within normal range or has not declined beyond evidence-based thresholds.

“Practitioners could use the results to direct those at high likelihood of cognitive impairment to primary care for further assessment and care as well as link users to validated primary and secondary prevention tools.”

Similarly, the app could help ease the demand for specialist services by reducing unnecessary referrals.

Ahmed said the app could be ready for large scale clinical use within five to 10 years.