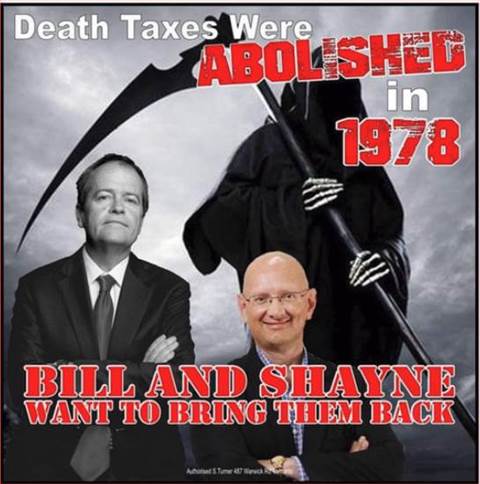 “Few, if any, Party officials have genuine expertise in how digital platforms work and how progressive organisations can make the most of the opportunities they offer.”

“Labor employs very few digital specialists and often the default position is to define digital as the responsibility for managing some social media accounts and to allocate this to relatively junior staff and officials.”

Those are just two of the brutal observations made in the Australian Labor Party’s election loss autopsy that found multiple causes of electoral death – and no detectable digital pulse at a time when campaign technology and online communications have become politically weaponised.

In an excoriating take-down of the progressive party’s organisational structure and leadership competencies, the review by Craig Emerson and Jay Wetherill says “Labor’s reluctance to embrace ‘digital-first’ campaigning left it flat-footed and falling behind its opponents.”

It’s a far cry from a decade ago when Kevin Rudd held an ageing Toshiba laptop aloft to declare the ‘Digital Education Revolution’ and online campaigning talent and techniques from the Obama campaign were flown in and feted like rock stars.

One example of extent of the digital edge the ALP held over the Coalition in 2007 is that former Prime Minister John Howard forced himself to get an official Twitter account in the sunset of his final campaign that days later saw Labor swept into office as an altogether more modern party.

Back then of course platforms like Google, Facebook, Twitter were the go-to accessories for politicians trying to slot into the digital groove as tech companies trawled the ranks of political advisors for future lobbying talent and public policy hires.

But it seems fewer and fewer people with hands on tech or digital experience are returning to the ranks of the Labor machine, either as party officials or candidates, producing a major skills deficit that helped hobble its campaign at the last poll – though whether it would have made a tangible difference is questionable.

Win or lose, you do need to front on the field to be in the game, which is where the autopsy gets really grizzly.

“Over the past two decades digital campaigning has graduated from a novel afterthought to a key plank in parties’ efforts to reach and persuade voters,” the autopsy says.

“In 2019 Labor’s reluctance to embrace “digital-first” campaigning left it flat-footed and falling behind its opponents.”

A big part of the problem it appears, was that people with digital roles were relegated to back office and support functions during the campaign.

The autopsy says Labor's digital team “was responsible for a diffuse set of functions which were mostly shared with other teams including online advertising, fundraising, supporter communication and mobilisation, web development, content production and design, data analytics, and maintaining Labor’s social media presence.”

But in a classic “nerds in the basement” approach, the post mortem found that the “digital team was not empowered to lead any of these functions and did not exercise ultimate authority over its work other than in strictly technical areas.”

“A campaign with this culture comes to see digital as a means to amplify the content, priorities and activities of other parts of the campaign, rather than a core obligation to shape online conversation about the election,” the report continues.

It’s also a textbook digital strategy error repeated by major corporates the world over. Mostly a decade ago.

While the autopsy canvasses erroneous polling and research, one area left untouched is whether the increasingly compartmentalised, self-affirming echo chambers of online fora and social media and mainstream media created a tin-ear for Labor’s policies and messaging.

Scott Morrison’s tacticians certainly thought so, immediately crafting casting messages over the din that it subsequently labelled “the Canberra bubble” … a tactic still in use today.

Compounding that challenge for Labor, and fuelling the resounding digital fail, appears to have been a resounding outbreak of groupthink that Shorten had the election won before the poll was held.

“Based on high expectations of a Labor victory, progressive groups ‘banked the win’, campaigning to influence Labor’s agenda in government rather than campaigning for victory,” the autopsy said.

That’ll be the “campaigning to win” thing the digital team did back in 2007 but seems to have since forgotten. Or maybe just wasn’t interested in, or overrated their own skills.

Whatever it was, the digital execution was so bad it just help Labor lose the election, it actually went backwards from the 2016 campaign’s benchmarks, making the assumption of a predetermined victory all the more remarkable.

“Across a range of measures Labor’s digital campaign went backwards compared with 2016. Labor’s email lists shrank over the course of the 45th Parliament, Labor raised less money online from fewer donors than in 2016, and the content that was produced was less engaging and made fewer impressions online amongst target voters, the autopsy said.

And it was not for lack of money either.