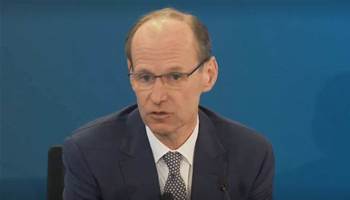 Insists lift is down to broader shift, not Hayne.

The ANZ Banking Group’s once much vaunted agile-led digital transformation has turned into a hardnosed cost cutting exercise as the institution tries to hack away another $8 billion by the end of 2022 to fill in customer remediation and regulatory cost craters.

As renovations from the Hayne Royal Commission grind on, ANZ chief executive Shayne Elliott has thrown the kitchen sink at urgent tech projects aimed at cleaning up messy and often manual governance processes that saw the bank deliver a flat full year cash profit of $6.47 billion.

Combined capital and operational expenditure, which ANZ calls out as “total investment spend” jumped strongly for the cost bucket labelled as “digital, data and payments”, surging from $150 million in FY18 to $204 million in FY2019.

ANZ’s chief executive Shayne Elliott told iTnews that despite an uptick in the bank’s technology cost base, “net, net” the lift was down to an established shift to digital rather “Hayne in particular”.

“It’s really just an ongoing [cost] and I imagine that will continue for some time.

But he said there was also good news in that that “some, not all, of those technologies are getting cheaper over time as well” which was also borne out in the figures.

After three years of solid growth, ANZ’s “technology infrastructure” cost bucket dropped from $204 million in FY18 to $197 million in FY19, suggesting prices are down while capacity utilisation is up.

However, the real technology chest beating in ANZ’s results was its aggressive rundown of its capitalised software balance, which is a deferred expense, and landed another $100 million down in FY19 at $1.32 billion, well back from almost $3 billion in 2015.

That figure is probably the best demonstration of the effect of ANZ’s massive agile program that constantly shifts small improvements to software rather than taking on big lumps of work.

There’s also a looming push to ditch legacy cash-era technology, namely ATMs which the Reserve Bank has indicated could be operated by a common infrastructure provider rather than individual banks.

Elliott also told iTnews “that the rational response will be to consolidate fleets of ATMs.”

“I mean there are thousands of these ATMs all over the place. You walk into a shopping centre and you see five of them backed up against each other. I think those days are going to be behind us soon and there will just be one,” Elliott said.

Elliott said that ANZ had looked at overseas models, including outsourced utilities.

The ANZ chief said that despite intense competition “the reality is there are a bunch of things, particularly the payments sphere where we cooperate, you know around things like BPAY and NPP where we co-invest in infrastructure.”

Especially when there is a regulatory intervention to trigger upgrades and overcome collective obstruction, some would argue.

“There's lots of options here on the ATM fleet, and we are engaged in a lot of those discussions,” Elliott said.