Defence CIO reveals himself as target of ERP nepotism claims 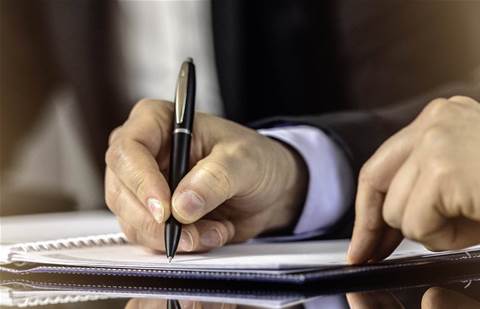 Defence chief information officer Stephen Pearson has revealed himself as the senior executive at the centre of controversy around a no-bid contract with Victorian-based consultancy Sinapse.

Pearson told a senate estimates hearing on Wednesday that he signed off on the $380,000 deal for a review of the ERP program without disclosing that his son worked at the company.

“My son does undertake part-time casual work in a technology area for Sinapse now and again and that is the person being referred to in that article,” Pearson said.

“He did not receive any benefit from this engagement.”

The contract, which was procured using a limited tender process, was revealed by the ABC earlier on Wednesday after concerns, which the broadcaster attributed to Defence insiders, were raised over a potential conflict of interest.

Defence told the ABC that the use of a limited tender was due to “an absence of competition for technical reasons”, with a market review failing to identify the right suppliers on existing panels.

Responding to the nepotism claims during senate estimates, Pearson acknowledged he had made a mistake after failing to declare a conflict of interest prior to signing the contract.

“On reflection I did not do that prior to that [contract] being awarded Senator,”he said.

"I did it after ... it was awarded and made notification to the associate sectary [Rebecca Skinner] on that basis.”

He said the decision to issue a limited-tender for an independent assurance review relating to the organisational change management component of the ERP program was informed by advice received by Defence’s Capability Acquisition and Sustainment Group.

“A market review was undertaken with respect to the panels we have, and we found that the capability to do this particular review was not available on the existing Defence panels and it should be put in place through a limited tender procurement process,” he said.

However, as he had not disclosed a conflict of interest prior to letting the contact, CASG was unaware of the relationship when providing advice on the use of a limited tender.

Skinner told the hearing that following the disclosure by Pearson in April or May she “discussed conflict of interest management” with him and “sought that his conflicts of interest be updated”.

She also acknowledge that, had she been aware of the relationship at the time, she would have tasked another senior executive with making that decision.

“There were other delegates that could have made that decision and signed that contract and they should have, and we discussed that [in April or May],” she said.

But Skinner also noted that the Defence CIO was employed “on the basis of very strong capabilities to deliver very complex programs like the ERP”.

“We would have expected through a long career in the private sector doing similar work that he would be able to bring to us a good understanding of the sorts of capabilities we might access from industry that we would not normally have available to use because they’re not normally in our knowledge and their not in our panels,” she said.