IBM revenue misses on weakness in its biggest unit 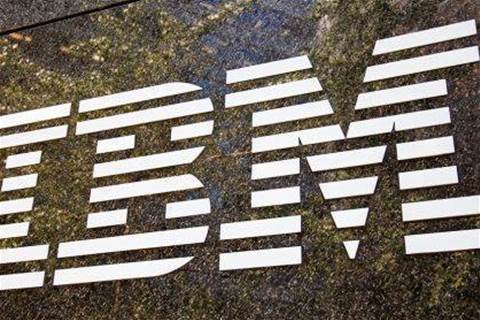 International Business Machines Corp missed Wall Street estimates for quarterly revenue on Wednesday, as its global technology services unit was hit by weakness in some European markets, sending its shares down five percent in extended trading.

IBM, which wrapped up its acquisition of Linux maker Red Hat earlier this year, has faced years of revenue decline amid its shift to the cloud from its traditional businesses, including mainframe servers.

Sales from global technology services, IBM’s biggest unit that caters to some of the world’s largest data centres, were weighed down by lower client business volumes, mainly in the UK and Germany, chief financial officer James Kavanaugh said on a post-earnings call.

After a down-cycle, the company expects mainframe business to return to a normal product cycle in the fourth quarter, Kavanaugh told Reuters.

Revenue from IBM’s cloud services rose 11 percent to US$5 billion, helping the company beat profit expectations for the quarter.

Total revenue fell 3.9 percent to US$18.03 billion, missing analysts’ average estimate of $18.22 billion, according to IBES data from Refinitiv. Excluding the impact from currency and business divestitures, revenue dropped 0.6 percent.

Chief executive officer Ginni Rometty, who has led IBM for more than seven years, is betting on subscription-based software offerings with the Red Hat deal, the company’s biggest acquisition so far.

However, IBM has said that it would report only a portion of Red Hat’s actual revenue for some quarters, while recording all its expenses as required by U.S. accounting standards.

The cloud and cognitive software unit, which includes Red Hat, reported a 6.4 percent rise in revenue to US$5.28 billion for the third quarter ended September 30.

Excluding special items, the company earned US$2.68 per share, one cent above analysts’ estimate.

The Dow component’s shares, which have gained about 25 percent this year, were down 5.4 percent at US$134.44 in extended trading.