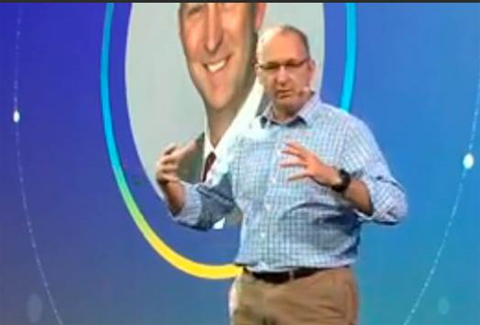 Taps tool to allow more self-service of reporting and analytics.

Suncorp used an artificial intelligence engine to identify hundreds of claims that had fallen off the radar of a particular leader and business, allowing it to expedite their resolution.

The insurer was last year revealed to be a user of ThoughtSpot’s search and AI-driven analytics platform when the vendor launched A/NZ operations.

“Every time someone had a question, or even needed to change a simple question within our organisation, it required a technical response from our chief data office,” Babich said.

“Our end users did not have the tools or capabilities to make those changes themselves.”

Other major selling points for Suncorp were the ability to query data using natural language, and ThoughtSpot’s SpotIQ AI engine, which was used to automatically find insights from data.

“What we’re now finding is that actions are being immediately taken after they’re exploring and finding these insights.

“We are seeing that within a minute of sessions running through SpotIQ users are picking up the phone, sending lists out to people and driving real changes and real actions.

“These events would not occur through our traditional reporting methods, and they just don’t - they can’t - because all of our reports are looking at a static, fixed metric that [users] know is going to happen, they’ve been monitoring it for years. It’s the unknown ... that we can really drive change and capitalise on.”

A year on, Suncorp returned to Beyond 2019 early Thursday morning Australian time last week, with some more use cases for ThoughtSpot under its belt.

One use case was for how a “particular business” within Suncorp “looks at closing some of their claims in their portfolio".

“[We] found we had about 500-600 claims that we could have closed that are still open that the guys are working on, highlighting that inefficiency within the business,” the insurer said in a video.

“The example you heard there, of almost immediately finding these claims that needed attention, [that] had been neglected and had fallen off the side of the vision of the leader was a fantastic outcome,” Johnson said, noting that uncovering the oversight and inefficiency ultimately “happened really, really fast.”

He said that frontline staff in Suncorp’s insurance operations had also benefited from ThoughtSpot access.

“The sort of data that the frontline teams now have access to in ThoughtSpot has enabled … frontline users to be able to access daily updated data that shows exactly what is happening in [a person’s] queue to their claims [and] where the outliers are,” he said.

“I think in the spirit of SpotIQ, if you think about it comparatively, 15 years ago when I joined Suncorp people were operating on paper files and monthly reports in arrears, and now it’s daily and intra-day insights, not just graphs and charts.”

Suncorp ultimately saw ThoughtSpot as a single data analytics environment “which can hold hundreds of millions of records, which are aggregating on-the-fly in sub-seconds.”

Johnson said more data would be added to ThoughtSpot in future.

“We’re continuing to evolve the customer data in it,” he said.

“We’ve loaded the operational customer data so our claims data and policy data.

“We haven’t yet loaded our customer records into it, so we’re headed in that direction. We [also] haven’t loaded our phone data into it.

“So what we’re trying to do is build out the customer layer so that we get this complete view of the customer’s journey.”

Johnson also flagged more sophisticated uses of the tool by Suncorp’s product and pricing team, which was “now starting to use it to analyse how the [insurance] portfolio changes over time.”

“The irony is, as an insurer, most executives like me were brought up to only believe things actuaries told you,” Johnson said.

“Now, we’re getting to a point where the product and pricing team are actually driving into portfolio insights that they would [otherwise] have to wait for actuarial valuation every quarter to start teasing out.”

SpotIQ is not the only application of AI in Suncorp's insurance business.

The company has previously used IBM Watson as part of an automated accident liability determination system.

It also uses other Watson AI services to decipher the product disclosure statements (PDSs) for some insurance products.