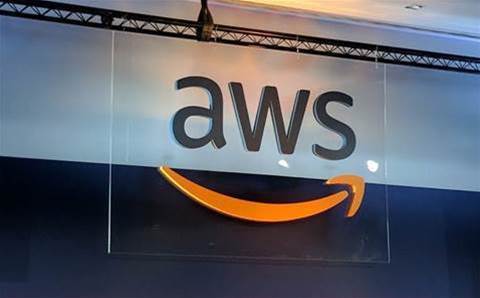 Amazon’s cloud computing is like a “soft drug”, a French minister said on Tuesday, warning that time was running out for Europe to wean itself off the US company’s services.

Amazon Web Services (AWS) has become the leading provider of data storage in just a few years, raising concerns in Europe that the group could let US intelligence agencies access corporate data under the US CLOUD Act of 2018.

“AWS is a soft drug. The more you take it, the more you like it, so ... weaning yourself off it seems complicated to me,” French junior economy minister Agnes Pannier-Runacher told Reuters, pointing out its global reach and affordable prices.

A spokeswoman for AWS had no immediate comment to make on the minister’s comments when contacted by Reuters.

AWS says on its website that it is aware that its customers “care deeply about privacy and data security”.

“We also implement responsible and sophisticated technical and physical controls that are designed to prevent unauthorised access to or disclosure of (customer’s) content,” AWS adds.

AWS is tapping into the fast-growing migration of data from in-house servers to external data centers and now controls a third of the global market, Synergy Research group says.

It is followed by Microsoft with 16 percent of the market and Alphabet’s Google with 7.8 percent.

Previous French government-supported attempts to build a so-called “sovereign” cloud to store the most sensitive data held by companies and states failed.

Pannier-Runacher, a former executive at auto equipment maker Faurecia, said that Amazon’s potential market dominance could eventually push it to increase its prices.

And time is running out to come up with a proper alternative solution to safeguard companies’ margins and Europe’s control over its data, Pannier-Runacher said.

“What I’m telling my European friends is that if in 24 months’ time we’re not able find alternatives, there’s real risk of a loss of sovereignty,” she said.

“This is what I’m hearing from experts, including French people in Silicon Valley, who underline how worrisome this situation is.”

Finance Minister Bruno Le Maire this year enlisted French tech companies Dassault Systemes and OVH to come up with plans to break the dominance of US cloud computing.

Two consortia, one led by French telecoms group and former monopoly Orange, the other by rival SFR, tried to develop an alternative to US services at a total investment cost of 450 million euros.

But they did not gain any significant ground and Orange’s solution is poised to cease activity by the end of January 2020.

The migration of data shows no sign of abating, however, with worldwide spending on public cloud services and infrastructure forecast to more than double by 2023 to US$500 billion, market research firm IDC says.