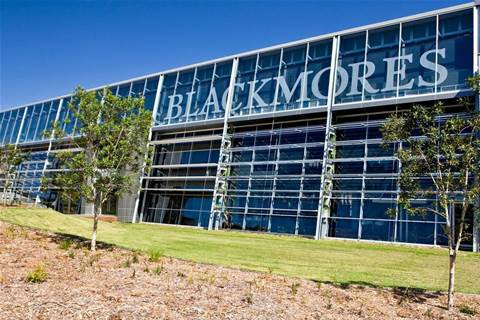 After booting Oracle for Microsoft.

The ASX-200 company started its move to Microsoft Dynamics 365 in 2017, 15 years after adopting JD Edwards’ One solution which had since been taken over by Oracle.

The move involved rolling out Dynamics 365 to its advisory service, its New Zealand sales team, and its PAW pet healthcare brands.

All up, around 150 people across the business are using the CRM, with an initial focus on sales teams that has since been expanded to customer service, customer training, and supporting the group’s naturopaths division.

Dynamics platform lead at Blackmores Group, Tijn Tacke, said the additional insights through the CRM has allowed the company to develop a number of tailored solutions for stakeholders using PowerApps.

“For instance, we’ve built a coaching app for state managers that helps them coach their team of customer business managers when they’re out in the field,” Tacke said.

“The state manager will accompany them on customer visits, observe them in the store and assess them on pre-agreed areas. They use the app on their tablet in the store to quickly view the information they need and capture feedback that can be used to coach the customer business manager and help them improve their skills.”

It also connects to Microsoft Teams for visibility and connection across the business, which comes in handy as the Blackmores explores the way it handles territory distribution.

“Historically, Blackmores Group used Excel spreadsheets to manage account distribution across CBMs, but the challenge was that it’s hard to visualise what the territories look like and, as a result, to optimise them” Tacke said.

The CRM was integrated with a third-party tool called Easy Territory, which displays where and how representatives are operating.

A separate solution was also developed for Blackmores’ national account managers - who deal with large accounts including Coles, Woolworths and Chemist Warehouse - to collect information that might not otherwise have been recorded in the CRM.

The app was integrated with the managers’ calendars so that, once a meeting has taken place, data and notes will be captured and pushed into the CRM for future analysis.

If needed, the app can also broadcast actions or alerts to sales representatives.

After deploying a number of new tools to gather and visualise data, Blackmores is now looking to leverage artificial intelligence and machine learning as part of the new product development (NPD) cycle.

The platform is expected to be gradually rolled out as a series of modules over the next 12 months, in conjunction with other tools that leverage AI and ML.

‘When I joined Blackmores Group, I remember Dave telling me his ultimate dream for the implementation nicknamed Project Lucky was to have an “I am feeling lucky” button that could take some values entered by a user and give them a formulated product using all available data as well as scientific claims available for ingredients used,” Tacked said.

“While achieving this may be some time off, in the short term the consolidation of multiple systems into one and ability to leverage AI and ML to analyse the available data will improve efficiency, collaboration and the ability for Blackmores Group to drive innovation and growth when formulating products.”

“More than ever before consumers are looking to us to connect on a more personalised level and to respond to their needs with personalised solutions.

“To do this you have to know them. To know them you need to have the right data at the right time. Dynamics 365 provides us with enriched data allowing us to drive more effective and meaningful consumer relationships and prepare the business for future endeavours.”