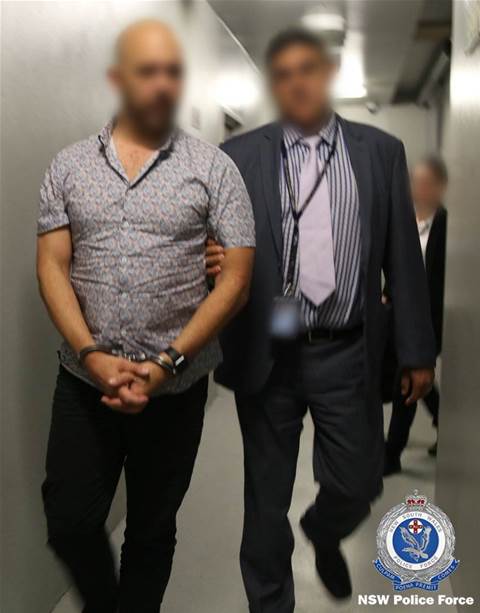 New South Wales police have sent the Public Order and Riot Squad in to execute search and crime scene warrants in multiple raids across Sydney on Wednesday morning after detectives arrested a man in the city’s CBD in relation to the LandMark White data breach incidents.

The man, who police said is a “software contractor” has been detained at the Surry Hills Police complex where it is anticipated he will be charged after swoops by Strike Force Vide.

Update: the IT contractor allegedly involved in the data breaches has now been charged.

The arrest follows repeated public claims by LandMark White’s management that the data breaches that exposed more than 170,000 data records, including personal information and valuation records was an inside job aimed at sabotaging the ASX-listed company.

Banks, who were key customers for LandMark White’s online property valuation service terminated their business with the firm after the breaches despite initial support to try and help the firm back on its feet.

“With the assistance of company staff, investigations identified that unauthorised access was gained into the company’s database,” a police statement said adding that “documents were uploaded to the dark web and the internet.”

Police said that shortly after the man’s arrest “detectives, assisted by the Public Order and Riot Squad, executed a search warrant at a home at Rozelle, and a crime scene warrant at a business data centre at Ultimo.”

Aside from the heavy damage to its market valuation and reputation, Landmark White has previously estimated the breaches cost it around $7 million to investigate and remedy.

In a statement to the ASX hailing the police raids and arrest,LandMark White said it was "grateful that the person arrested today was not one of our employees."

"Investigations have revealed that the breach was carried out by someone with trusted inside access and we believe we were deliberately targeted by someone with an intent to damage our business and reputation," LandMarkWhite's ASX statement said.

"We are working with the Cybercrime Squad to understand the motives for these actions."

The battered valuer also trumpeted that after all its troubles, its information security safeguards have been substantially upgraded and hardened.

"We have made considerable investment and system enhancements this year. We are fully compliant with the International Standard ISO27001 – Information Security Management, and will soon be externally certified to this Standard.

"We are pleased that a number of financial institutions have reinstated LMW to their panels of valuation providers, and we continue to work with all our partners to provide them with the information they need to be satisfied our operations are secure and/or best practice."