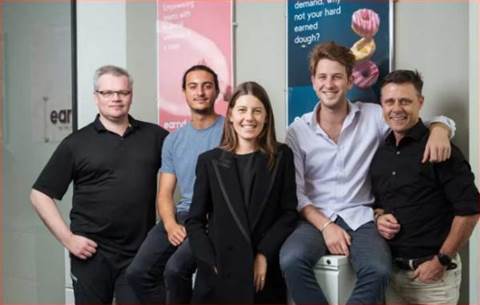 The days of cash-strapped employees being forced to max their credit cards or take out payday loans at interest rates above 20 percent could soon be numbered, all thanks to a humble API that pits access to pay-as-you-earn wages against rapacious unsecured lending rorts.

In a move that competes directly against lucrative credit card interest and interchange fees, NAB and BPAY have quietly backed an app intentionally designed as a short term loan killer that harnesses access to the New Payments Platform via BPAY overlay service Osko to expedite access to pay-in-arrears.

The concept is brutally simple.

Instead of waiting 30 days to access money already earned, people living payday to payday – and there are millions – can get immediate access to around half their already accrued earnings immediately, if their employer signs up to a low-cost app dubbed “Earnd”.

In terms of giddy Fintech growth it will never make the kind of fast money promised by high-sugar products that yo-yo daily. Rather, Earnd is more like porridge, a systemic stabiliser rather than a quick fix.

It’s also somewhat of an antithesis to the likes of high-margin darlings Afterpay and Nimble that make no bones about making money from unbridled sugar hit spending.

Crucially, the move indicates that major institutions are now using their $1 billion dollar a year tech investment budgets to de-risk their credit books to lift margins rather than relying on revolving credit.

Earnd may not have the consumer bling factor, but what it does offer is the ability to access accrued wages immediately via an app rather than the financial fudge of taking out a short term loan.

It’s not just philanthropy for BPAY either.

“We work with your employer to offer you a financial wellness benefit. In most cases your employer will subsidise part or all of the cost of Earnd. In other cases, users will pay a transaction fee for funds withdrawn through Earnd. We never charge interest - we're here to help you avoid debt and feel more financially secured,” Earnd’s website says.

“Earnd will help the 46 percent of Australians living pay-cheque to pay-cheque access their income as they earn it and minimise the need for emergency cash loans, such as those from payday lenders, to ease the burden of unexpected bills and payments,” a March statement from NAB Ventures says.

In reality very few employers still issue pay cheques. Rather, banks accept direct deposits of pay, the outstandings of which Earnd can probe, see and release. In simple terms Earned is still fronting cash – just cash it knows is coming.

“The way we’re paid hasn’t evolved for generations, but our spending habits have changed dramatically. Instead of turning to last-resort financial instruments, like payday loans, we believe Australians deserve the ability to control their finances in real-time, the way they want to," says Josh Vernon, co-founder and CEO.

“We work with employers to pass this on to their workforce without hidden fees or interest. We’re excited to continue growing Earnd by expanding our product offering to achieve our mission of financial wellness for all Australians.”