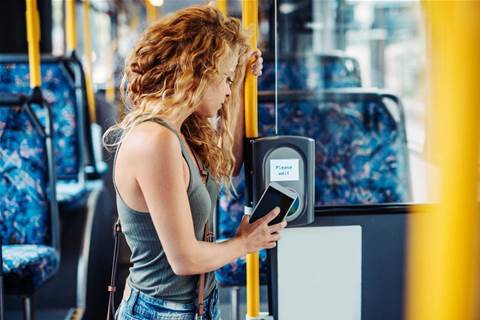 Transport for NSW has completed its rollout out of contactless payments technology across all modes of public transport covered by the Opal card system, two years after the first trial began.

Opal card system operator Cubic Transportation has been working with TfNSW, as well as the Commonwealth Bank and Mastercard to progressively bring the technology to the bus network since July.

Privately operated bus services in Sydney, the Central Coast, Blue Mountains and South Coast such as those by Transit Systems, Transdev, Busways and CDC were the first to receive the technology.

TfNSW contactless payments journey began in 2017, with a trial on Sydney’s longest ferry route used to test the Opal alternative on the simplest fare structure.

The payment option has since expanded twice: first to all ferries and the inner west light rail network in March 2018, and then Sydney’s metropolitan and regional heavy rail network.

Eight new stations between Tallawong and Chatswood also became part of the contactless network when Sydney’s Metro Northwest began operations in May.

As the first state to rollout contactless payments across the board, Minister for Transport Andrew Constance said the achievement was a major milestone for NSW.

“This achievement marks the final piece of the contactless payments puzzle,” he said.

This was echoed by Tom Walker, senior vice president and managing director for Cubic’s Asia-Pacific arm, who described the finished rollout as a “major milestone in Australia’s journey to frictionless mobility”.

“We are now traveling down an exciting new path towards frictionless end-to-end journeys with just one payment for both private and public transport,” Walker said.

“Contactless is moving Australia towards what we would call ‘transport nirvana’ – allowing commuters to access a seamless, integrated multi-state transport network with no prior knowledge of the local ticketing systems.”

Commuters are able to access the same weekly and daily fare caps, as well as transfer discount, as those who use Opal cards.

Scheme cards in digital wallets like Apple Pay and Google Pay are also accepted, though there is currently no virtual equivalent of the Opal card.

TfNSW told iTnews in June that such integration within a digital wallet was “not a priority”, with the completion of the contactless payments technology rollout the immediate focus.

Cubic will now switch its focus to Queensland, which is preparing to trial its next generation smartcard system in the regional towns of Maryborough and Hervey Bay on the Fraser Coast.