ANZ Banking Group scales up its use of Google cloud 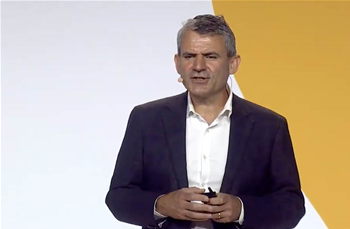 ANZ Banking Group is scaling up its adoption of cloud, moving away from running “tactical projects” in favour of an “industrialised factory” of app creation and migration work.

Group executive of technology Gerard Florian told the Google Cloud summit in Sydney that the bank had been “clear but cautious” about its moves into the cloud.

Florian said the approach was necessitated by “heavy regulation” within the financial services environment as well as by “community expectations”.

But, he believed that ANZ was now turning a corner in being able to use cloud services - and particularly the Google Cloud Platform or GCP - at scale.

“In the last 12 to 18 months, with help from Google, we've certainly accelerated [the move to cloud],” Florian said.

“When I think about how we are now looking at cloud, it is more of an industrialized factory, rather than tactical projects.”

It is also known to be exploring the use of Google tools to aid checkboxing in its risk and compliance areas.

Florian today provided the first look at an architectural diagram of ANZ’s hybrid environment of cloud and on-premises. 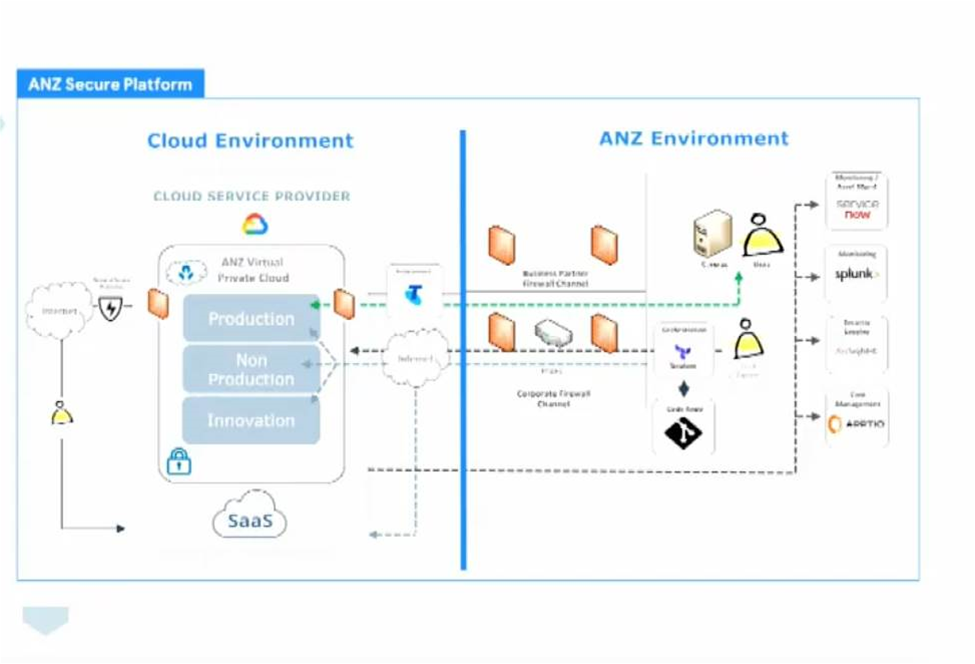 ANZ is using a virtual private cloud (VPC) within GCP to provide some ring-fencing of its workloads.

Florian also provided an overview of what the bank calls its “paved road” for getting apps into the cloud.

Some aspects of these processes at ANZ were discussed last month at a separate Google Cloud-run event.

He said one of the bank’s challenges with cloud was making sure other parts of ANZ understood “how they can get their application - whether it's a cloud native app or it's one they're going to migrate - into the cloud quickly but in a format that meets our requirements, our customer's requirements and of course, our regulator's requirements.”

“When we think about the paved road, from a development point of view, that's making sure we can deal with things like container vulnerabilities with the help of people like Twistlock.

“[It’s also about making] sure that we've got the standardized patterns in place, so that from a repeatability point of view, we know that what's running in the cloud is doing so consistently, with help from people like Terraform.”

Florian said that a Cloud Business Office had been stood up to assist with app migrations, and to oversee ongoing compliance.

“Once we're [in the cloud], we need to make sure that from a security point of view, our controls are consistent, that there's not an appetite to have two sets of controls,” he said.

The bank was also working to establish consistent management across its hybrid environment.

“When I think about service management and operating this hybrid environment, I want to use consistent tools,” Florian said.

“Whether that's things like Splunk, Apptio or ServiceNow, it doesn't matter. I want to make sure that we are managing the entire environment as one.”