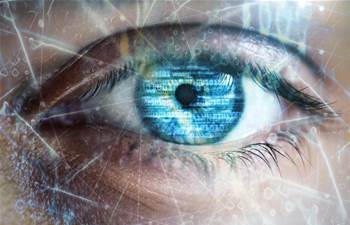 Victoria will become one of the first two states to upload driver’s licence data into a national facial biometrics matching database in a bid to stamp out identity fraud.

The state government is currently in the process of uploading licence details and photographs to a separate system that will eventually interface with the National Drivers Licence Facial Recognition Solution.

In October 2017, all federal, state and territory leaders agreed to establish the NDLFRS in order for law enforcement agencies to share and access identity information in real-time.

The solution is intended to replace current image-based identification methods, which are described as slow, difficult to audit and often involve manual tasking between agencies.

As part of the agreement, states and territories will store driver’s licence data in a federated database, which is currently being developed by the Department of Home Affairs.

Victoria and Tasmania have been named the first two states to provide their data and images to the NDLFRS, with the remaining states and territories to come on-board over the next two years.

In Victoria, VicRoads and Victoria Police will be the first two agencies to gain access to the system to monitor for fraudulent or duplicate IDs.

VicRoads has been developing the Victorian component of the NDLFRS since late 2017, and will manage the Victorian records held in the national system.

But the state government was quick to point out that the data will only be available to other Victoria-based government agencies, at least until Commonwealth legislation introduced to underpin the national scheme passes through parliament.

“Any further use – by federal authorities or other states – will not be authorised until Victoria is satisfied with the proposed Identity-matching Services Bill currently before the Federal Parliament,” it said.

The Victorian government plans to use the new identity matching technology for a crackdown on identity fraud, with agencies able to identity fake licences or individuals with multiple IDs more easily.

“This technology will help keep government agencies ahead of the pack when it comes to combating identity fraud, which is one of the most common and costly crimes facing our state,” Special Minister of State Gavin Jennings said.

The state government said Victoria’s participation in the NDLFRS will be monitored for privacy breaches.