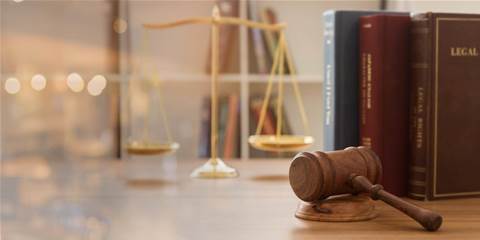 A year after beginning a project to trial automated case management tools, compensation specialist Shine Lawyers is already looking at expanding its AI platform to other business areas.

Jodie Willey, general manager of legal services innovation at the parent company Shine Corporate, said the platform was developed not just to provide better services, but to stay ahead of the curve of digital disruption.

“There’s a lot of talk of AI and other new technologies coming on board that are going to transform our industry, and we’ve always wanted to be an early move in that space,” Willey told iTnews.

“We see a lot of opportunities, particularly within the legal industry to optimise processes, optimise how information is captured and utilised to improve client service and client outcomes.”

Despite the small team and tight timeframe, Willey the Claimify platform came together relatively smoothly as a proof of concept by building on Shine’s wealth of case data (covering an average of 1000 cases a year over 10 years) and its existing case management system, Claim HQ.

The project was also supported by Max Kelsen, an AI consultancy based in Brisbane who came on board to help develop the structure of the deep learning tool, along with Soak Creative for the design of the brand and user interface, and Mosma, who developed Shine’s case management system.

The simplicity and effectiveness of the AI tool proved a hit, both within the company and with its end-users, even if they hadn’t been the intended user in the first place.

“Obviously, being an online offering, the target market was a certain, fairly youthful demographic,” Willey said.

“But it turns out our first client was a 62 year old lady, who was able to make her way through the process online and has been an active participant online since she joined us."

Willey said that had been a valuable lesson to learn as the company increasingly eyes off other areas of its practice to trial automated processes.

“That really goes to show that we can;t make assumptions about who might be attracted to this kind of offering. It’s really anyone who’s looking for ease and convenience in seeking out legal services.

“So it might be someone with young kids who can’t drop everything and come into a legal office for an interview or someone who works demanding hours.”

Willey said that while there’s always room for improvement with anything, the company is content with its current functionality and will now be looking at applying those services to other areas.

“We’re interested in helping people with super claims - that’s something that lends itself to this kind of process, it’s something that would be attractive to clients nationally, and particularly off the back of the Royal Commission last year and the findings around the behaviour of insurance companies in the space.

“There really are opportunities to improve that case by clients with quality advice to make sure that they’re getting access to the entitlements that they deserve.”