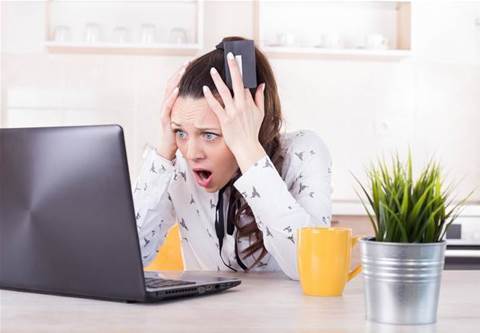 Some still waiting for wages.

A payroll processing glitch at the ANZ Banking Group that hit on a Friday 13th left thousands of customers waiting in vain for wages to be deposited over the weekend, after pay runs for some corporate customers were delayed because of network and software problems.

The Melbourne-based bank kicked off the working week with a series of apologies to customers left stranded by the outage who were still waiting for funds to clear on Monday because of problems which ANZ says hit its ‘ANZ Transactive’ service.

ANZ processes payrolls for a range of major corporates, including Channel 7, and was meant to run deposits for payrolls overnight on Thursday and early Friday when some systems refused to talk to each other.

It’s understood the pay runs had been brought forward from the scheduled date of 15th September – many payrolls occur mid-month – but was shifted back because big batch runs don’t process over weekends, often because of routine maintenance.

“We understand that this has been very frustrating for many people and just wanted to say again how sorry we are,” ANZ said told customers on Monday.

“Payments are being processed and some of you will already have received your pay. We expect the majority of people to get their pay before the end of today, however timing may vary depending on who you bank with.”

Part of the problem for payees is cash that was meant drop and clear Friday AM may now not be available until Tuesday or Wednesday because of the archaic batch transaction convention known as T+2 (transaction + 2 working days) that holds onto funds for two working days before they clear.

That means for some people pay arrives almost a week late, bouncing credit card, bill and other recurring payments out of sync and often incurring penalties and late fees.

The lack of weekend processing also went down poorly.

What I don’t understand is why it will now take until Monday, if you have teams working around the clock why can’t the pays be processed over the weekend?
I get paid once a month & now have to wait until after the weekend because you can’t maintain your systems!!

As is usual with payroll, emotions ran high.

The late fees and dishonour is just the start what about living expenses over the weekend. This is the greatest debacle in Aussie Banking history. Vote with your feet guys and move elsewhere. This is what happens when you offshore your systems and don’t test or have a rollback.

Although some managed a sense of humour.

Payroll screw-ups have been rather a theme of late, though the errors have usually been in the amount paid rather than the payment itself.

The Commonwealth Bank had to pay $4.8 million in April this year after its year old Workday integration with payroll provider ADP exposed historical underpayments that slipped through the institution's legacy PeopleSoft platform.

In the same month tyre retailer Beaurepaires was also hit by an underpayment problem that affected 3700 current and former employees with  $1.8 million slated to be repaid.