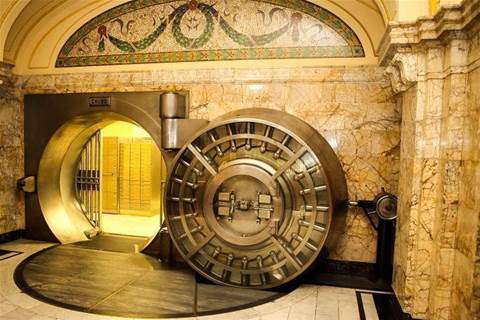 The Commonwealth Bank of Australia has significantly ramped up efforts to get its recently updated app to feed customers data on money they are entitled to but still have not claimed from the government in a digital clawback from federal, state and council coffers.

Australia’s largest bank on Monday released estimates that put the amount of unclaimed benefits, rebates and subsidies at a whopping $10 billion a year, a figure certain to trigger alarm bells in treasuries across the nation.

While the CBA revealed the data-driven benefit hunting feature in its app relaunch in July, the calculation of the new $10 billion estimate on unclaimed money is highly significant because it makes the mechanism a hard cash reality for customers and prospects.

However the automated ‘Benefits finder’, as CBA calls it, is a potential nightmare for some parts of government, which have for decades unofficially banked on low take-up and claim rates across various rebate and concession schemes.

It also overtly positions the CBA’s tech development machine and its senior management as a force for public good, rather than a purely profit driven exercise, against a backdrop of heightened regulation.

Unclaimed money and benefits are essentially the government equivalent of fee-for-no-service: the money just goes back in the pot.

A routine budgeting trick is to offer a large headline figure for a rebate that in reality boils down to a small sum per person that people just cannot be bothered chasing because of the time and effort involved.

But the most common inhibitor is people just not knowing what they are entitled to, which the CBA now says it is addressing using its automated data probes and a series of ‘nudges’ to encourage customers to apply.

(Though it doesn’t hurt that Australia’s biggest bank will sit on that float rather than the government.)

“We’re determined to help our customers claim the benefits and rebates they are entitled to. Collectively these can add up to a significant amount per household, leaving more money to help pay for everyday expenses and to save for the things that matter,” said CBA’s chief digital, Pete Steel.

“Whether it’s claiming a car registration rebate or money off a utility bill, Benefits Finder uses data capability and machine learning to put potential entitlements in front of customers at the right time, and then nudges them to start a claim.”

Assessing and nudging customers towards benefits claims is all well and good, but it still leaves people with the annoying task of filling in multiple forms across potentially dozens of agencies, a scenario most people avoid unless they really need the money.

One of the biggest revelations stemming from the CBA’s app relaunch was that it will soon tap government biometric data holdings for know-your-customer verification checks for tasks like account onboarding.

However the ability to have customer identity verification, especially if a bank is acting as an identity broker, opens the possibility to create a swag of automation-driven API’s that could, in the near future, allow claims for benefits to be made from within a banking app - a logical step seeing bank accounts are where the money lands.

The CBA isn’t actively talking that possibility up – yet – but the ability for welfare and other disbursing agencies to be able to instantly check, verify and approve claims, as well as adjust payments, has the potential significantly lower the cost of administration and distribution.

The use of real time bank account data, especially in terms of income earned by welfare recipients, also has the potential to fix problematic data matching schemes like Centrelink’s Robodebt which has a far higher error rate than that of private commercial receivables books because it is based on the recovery of overpayments rather than an actual credit product or receivable.

The CBA has a logical interest in helping to sort out the Robodebt fiasco because as a former government bank, it has a high number of Australians receiving welfare and is effectively a backstop against other banks dumping less profitable and lower income customers.

Show me the money

When iTnews asked CBA for breakdown of the benefits in the crosshairs, the institution came back with a top 20 hitlist.

The bank has also been working with the Harvard Sustainability Transparency Accountability and Research (STAR) Lab “to better understand how to help customers manage their money.”

Or maybe just get their hands on it.

The list of the top 20 benefits in the CBA app:

The top 20 benefits in the app are:

And in terms of where the big buckets of money are, CBA breaks it down to just five main themes “along general cost of living help”.

Those worked out to be:

Professor Michael Hiscox, whose team at Harvard STAR Lab are “assessing the impact of Benefits Finder for customers”, is now looking for ways to get it to have maximum effect..

“Past research has shown that individuals who qualify for benefits often do not receive them because they are unaware they are eligible or because the processes for accessing benefits are complicated and time-consuming,” Hiscox said.

“In partnership with CBA, we have conducted initial tests indicating that, when CBA reaches out to customers who very likely qualify for benefits and simplifies the initial steps in the application process, customers engage at very high rates and report high levels of satisfaction.”

The level of satisfaction from Treasurers in governments copping a $10 billion a year hit from new APIs is less certain.

Look on the bright side, the $10 billion welfare API goldmine is actually at the lower end of the cash grab.

A CBA spokesperson told iTnews the number “is a conservative estimate from a number of national and global academic reports. Our own CBA data and testing from the new feature roughly estimates $12 billion-$70 billion goes unclaimed annually.”