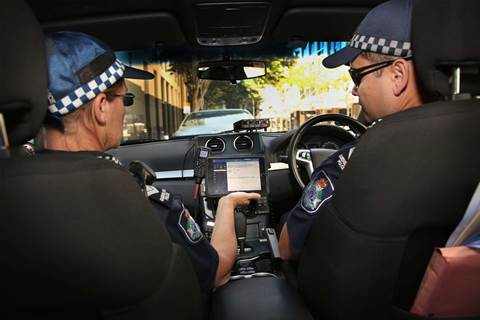 Queensland Police is calling for the mandatory retention of telecommunications metadata to be more than tripled to seven years to help it solve more complex criminal investigations.

In its submission to the first review of the contentious regime since it was introduced in 2015, the policing agency said the current requirement for telcos to retain customer metadata for two-years should be amended.

“QPS submits that there is a case for a more lengthier retention period, extending beyond the current two-year period to seven years,” the submission states.

“Without a mandated retention period of this duration, there is a real risk that this type of information will no longer be available once telecommunications carriers no longer have a business need.”

The force cites multiple examples – all but one of which is redacted – to support the need for an extended retention period for “serious and major” criminal investigations.

The only public example provided relates to a decade-long investigation into the disappearance and murder of a teenager in 2003, which only saw the offender charged in 2011, allegedly “due to the absence of available telecommunications data”.

Confessions made during the investigation, which didn’t arise until 2009, were also unable to be completely ruled out because of the “unavailability of telecommunications data extending back to six years”, the force claimed.

“Datasets extending beyond the two-year period can often be pivotal in certain complex investigations especially where persons of interest have exercised their right to silence, where court proceedings are significantly protracted or the offence is not actually detected by police until a significant period later,” QPS said.

During the 2017-18 financial year, just under six percent of QPS data retention requests fell into what the force described as the ‘over 24 months’ period.

While a “relatively small number in the overall figure”, QPS said they “form[ed] a vital part of some notable investigations”.

The force also pointed to the “increased prevalence of ‘over-the-top applications utilising encryption” and its effect on the force’s ability to obtain information, as justification for a lengthier data retention period.

“In the absence of this information, there is more than ever before, a compelling need for law enforcement agencies to have access to a reliable historic telecommunications data retention scheme,” the submission states.

“This information provides a critical and complimentary role to our overall interception capability to determine historical relationships between members of a criminal syndicate, contact between criminal actors and victims of crime immediately prior to the commission of an offence or information concerning the location of significant patterns of movement of one or more individuals over extended periods of time.”

The force also used its submission to express support for the "adequate" range of datasets currently made available via the legislation.

These six datasets cover personal information relating to the telecommunications service; the source and destination of a communication; the date, time and duration of that communication; and its type.

QPS said it used this data, which “may stand alone as primary evidence or may form a critical and complimentary role to our overall interception or surveillance capability”, in various ways to support an investigation, such as locating a missing person or confirming an offenders associations and movements.

QPS also said the number of occasions in which the agency had access telecommunications datasets had “trended down” over the three-years since the data retention scheme was introduced due to “an increased focus on privacy”.