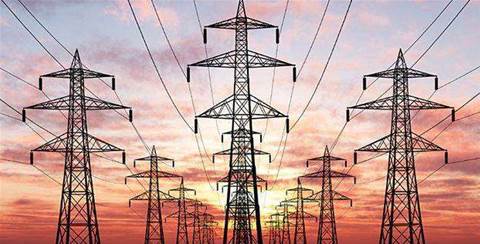 Origin Energy has migrated 100 workloads into a VMware Cloud on AWS environment as it tests a new migration path to take applications to public cloud in its long-running cloud-first drive.

The company first revealed the broader cloud migration project back in September 2016, earmarking an initial 1000 workloads for migration before expanding that to 1500 workloads in May last year.

The company is also planning to shrink its physical data centre footprint as a result of the cloud migration.

At VMworld 2019 last week, it was revealed that some of the workloads are being pushed up to public cloud via VMware Cloud on AWS.

VMware Cloud on AWS allows customers to move vSphere-based workloads into AWS without needing to refactor or re-architect them.

Origin Energy’s VMware Cloud on AWS migration is being run via a managed service offering from DXC Technology, which had an IT outsourcing “relationship with Origin goes back several years”, DXC’s VMware integrated practice vice president Jeff Moyer said.

“Origin Energy ... came to us with some pretty challenging situations that they wanted to deal with around their data centre,” Moyer told VMWorld 2019.

“We worked with VMware using VMC [VMware Cloud] on AWS to come up with an interesting valuation proposition that we are now positioning for them and executing on with them to move them out of their data centre, and move them up into a public cloud using the VMware stack of tools, putting them in a hybrid IT management environment.”

Moyer said that Origin had wanted to move off of legacy hardware and to increase its responsiveness to market changes.

“Moving them into the VMC on AWS environment gave us an opportunity to leverage the built-in capability of that platform to do some micro-segmentation for them, [and] to create application-level security zones as they made that move over into the public cloud.”

Moyer also said that migrating some workloads to VMware Cloud on AWS meant Origin could “preserve the investment they made in the VMware stack”, both to host workloads and to manage them.

Moyer said that, as of last week, DXC had “been able to move roughly 100 workloads up into the VMC on AWS environment for [Origin Energy] with little to no impact and outage as they made that move.”

He indicated this was being treated as a proof-of-concept (PoC) for the technology, and that larger-scale production use and migration would now follow.

“We're now shifting from PoC into a larger deployment and larger scale movement over time to get them up into ... the VMC environment,” he said. 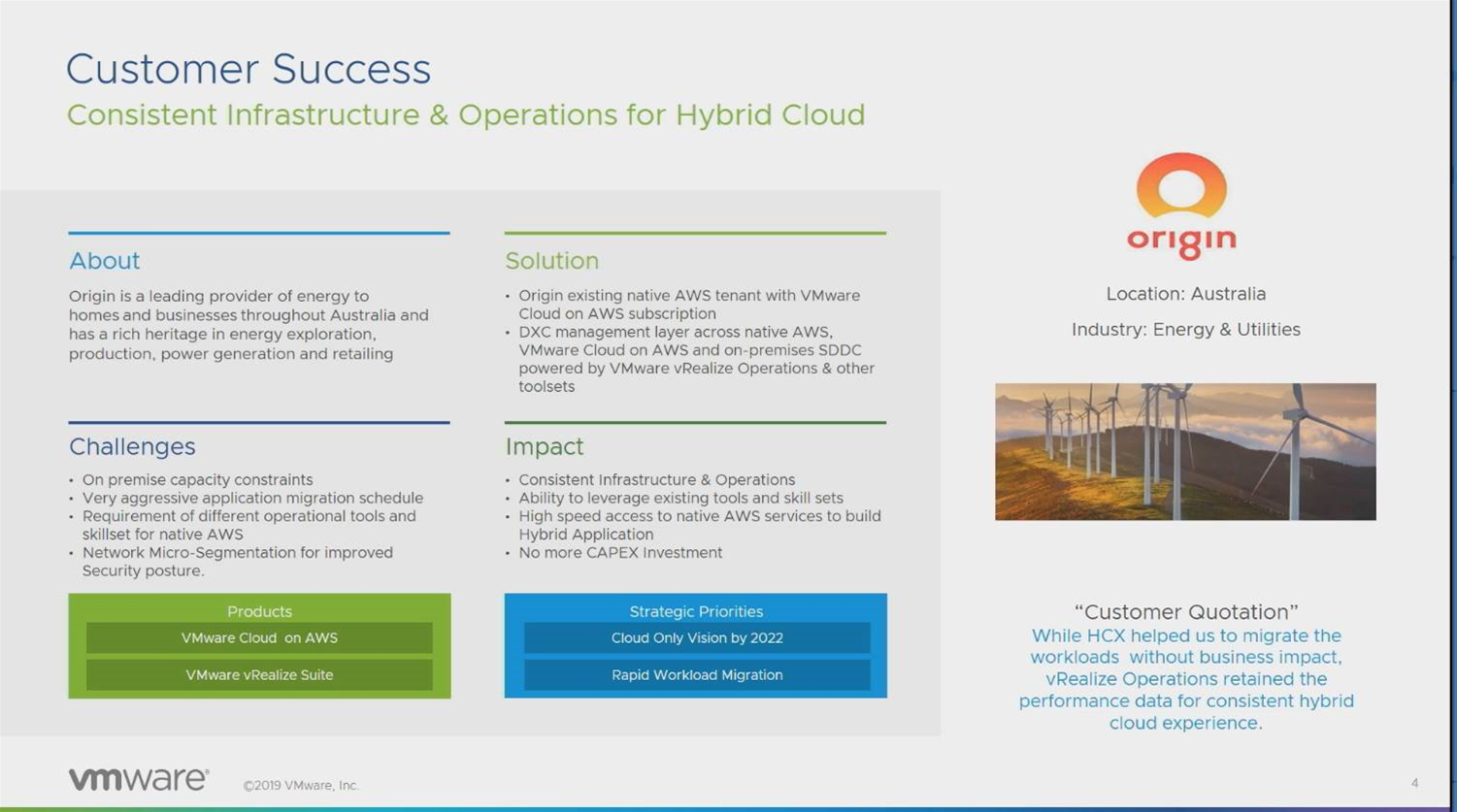 VMware senior solution engineer Anuj Gupta said that Origin Energy had a target to move its workloads into the cloud “by 2022”.

“They were looking at how many applications they can replatform ... for native AWS services, but not every application qualified as a business case to migrate to native AWS,” he said.

“In this case, what DXC gave them ability was to move all their applications … and then after that, once they're there inside VMC, they get low-latency access to all these native AWS services, and then they can think about transforming these applications or building hybrid applications by using the native services and software-defined data centre.”