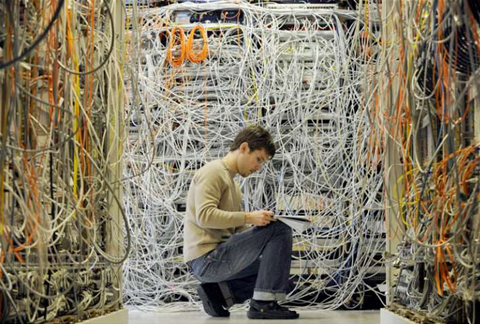 Or work under supervision of someone who is.

Victoria’s IT and network engineers may face a future requirement of having to register themselves as “professionals” courtesy of a law that passed state parliament this week.

The law in Victoria [pdf] mimics a longstanding law in Queensland - and industry bodies like Engineers Australia are pushing other states and territories to follow with similar laws of their own.

Passage of the Professional Engineers Registration Bill 2019 in Victoria on Tuesday night rang alarm bells in some engineering forums as engineers tried to understand whether or not they needed to be registered to work.

The Victorian law initially targets engineers in civil, structural, mechanical, electrical and fire-safety domains, with the aim of vetting those working on major infrastructure projects.

Engineers in these domains will be required to have their experience and qualifications evaluated by a designated third-party to gain registration; to keep it they will have to pay fees and undertake a certain amount of professional development.

But the Victorian law also contains a catch-all for “any other prescribed area of engineering” - and expansion of the registration scheme to other engineering domains is firmly on the cards.

“Over time, it is expected that the scheme will expand to cover other areas of engineering,” Treasurer of Victoria Tim Pallas said during the bill’s second reading back in March.

“The legislation provides for expansion to other areas of practice down the track, and we will fully support the pursuit of that, but we’re going to need to bed-down the regulation, introduce it, get it working seamlessly and then look to support the government in expanding it,” public affairs national manager Jonathan Russell told Engineers Australia's own publication, Create.

Asked by iTnews whether Engineers Australia would like to see software engineers, telco/network engineers, and other IT domain engineers brought under mandated professional registration, either in Victoria or nationally, Russell indicated that was the case.

“The ultimate goal is for every jurisdiction to have a statutory registration regime that mirrors the system currently in place in Queensland (and has been since 1930), which requires for anyone providing professional engineering services in any area of practice and within in any industry to be registered (unless if working under the direct supervision of a registered engineer),” he said.

In Queensland, “IT and telecommunications” is one of 26 disciplines [pdf] where engineers are required to be registered - or to work under supervision from an engineer with Registered Professional Engineer of Queensland (RPEQ) qualifications.

That means not every IT or telco engineer needs to be registered; only that the firm they work for has enough RPEQ engineers to oversee all work (as seems to be a common model).

iTnews was seeking comment from the Victorian government on its expansion ambitions for the laws to IT-related engineering domains at the time of publication.

As in Queensland, it is likely that the full list of engineering domains impacted by the Victorian law will be published at some point by the central registration authority.

Dues to be paid

The Victorian law says that both an “application fee” and “registration fee” will have to be paid by engineers.

The fees to be charged haven’t been disclosed, but the state Parliamentary Budget Office put annual training costs at up to $6000 per engineer. (Engineers Australia refutes that, claiming training costs could range from “free” to $500 a year; it’s unclear what registration fees would be on top of that).

What makes an engineer

The criteria that will be used to register engineers is not specified in the Act.

It “will be determined in the regulations which are yet to be drafted,” Russell told iTnews.

“Engineers Australia has been advised that the criteria for registration are likely to be a four-year degree in engineering; participating in Continuing Professional Development (CPD) at the rate of a minimum of 150 hours over a three year period; [and] demonstrated practical and relevant experience as an engineer of at least three years.”

Under the scheme, engineering graduates would not immediately qualify for registration.

“It is correct that graduates will not be able to be registered straight after university,” Russell told iTnews.

“This is appropriate as, in the normal course of an engineering degree, it usually takes at least three to five years of practical work experience to build on the academic training achieved at university before an individual should be considered a fully-formed professional engineer.”