How the ADHA is working to keep Australia's clinical systems talking 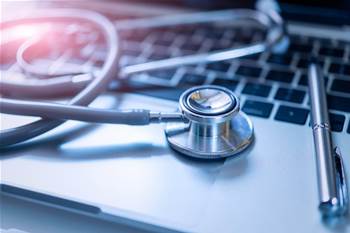 The Australian Digital Health Agency is preparing to rollout the latest version of the national service used to keep clinical systems terminology consistent across healthcare providers.

The agency best known for the My Health Record has been busy rebuilding the cloud-based national clinical terminology service (NCTS), which was first introduced in 2016.

A lynchpin for ensuring heath data interoperability in Australia, the database helps to keep the mishmash of systems used by healthcare professionals up-to-date and communicating in the same language.

It does this by making clinical terminology solutions such as the international recognised terminology standard SNOMED available through a centralised repository, with systems vendors able to integrate directly using APIs.

Speaking at the Amazon Web Services Public Sector Summit Builders’ Day in Canberra on Tuesday, ADHA director Dion McMurtie said the NCTS had originally been built on AWS as a traditional application.

“The existing implementation was actually built directly into AWS rather than building it out on our own tin,” he said.

“However, the application was really built as a traditional application at that time - a microservices-based application built not necessarily using cloud platform services, but really just using AWS as infrastructure as a service.”

But since the being introduced by ADHA’s predecessor, the National Electronic Health Transition Authority, the NCTS has grown to become cumbersome and expensive to operate.

“The current system, although it may not look it, is actually quite complicated in operation because there’s a number of different services that are configured and glued together with the deployment process,” McMurtie said.

“The cost of operating that means there’s a bunch of permanently on services, which obviously cost more money that they would be if we were using them per transactions.”

He said the complexity lead the agency to work with an AWS consulting partner to redevelop the system using a serverless approach, with the new service leveraging AWS’s shared responsibility model and many of AWS'sCodePipeline services.

This has allowed the agency to focus on the increasing demand for the agency to deliver more services, while helping to reduce operational costs, including a 90 precent reduction in hosting cost.

“Without us being able to keep that terminology up-to-date, to use constant terminology across these systems, our ability to use the data that comes from those systems is somewhat limited,” McMurtie said of the need for the NCTS and keeping systems up-to-date.

“And even if the implementation of those systems isn’t that great, it can skew the data and cause all sorts of problems.”