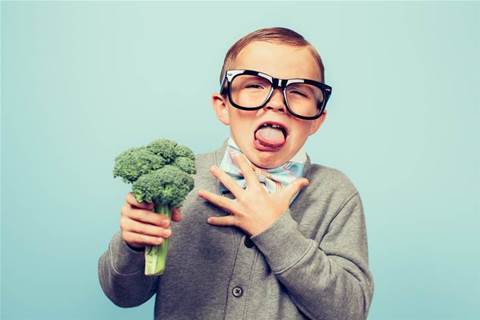 The wave of digital transformation sweeping across Australia’s big banks will not be capable of electronically absorbing a revamp of responsible credit rules floated by the Australian Securities and Investments Commission (ASIC) for years to come.

And some of the suggested reforms could even open-up new fraud vectors that leave consumers liable for losses, as well as breaching existing payment security codes while pushing credit worthy consumers into the hands of less regulated shadow lenders.

That’s the bleak take contained in submissions lodged by ANZ and NAB ahead of their grilling public hearings held by ASIC regulator in Melbourne on Monday which warn of a raft of expensive IT headaches that would flow from automating spending data checks across accounts, payroll and payments platforms.

Part polished posture and part raw fear, it’s a front row seat into how perceptions of regulation and technology have now diverged to a point where neither side seems to know what it wants, or where to go next.

And it’s coming to a credit card, car loan or mortgage near you sooner than you think.

The oligopoly strikes back

At a broad level, the ANZ and NAB are pushing back against regulatory proposals that would require them as credit licensees to collect and cross-check account and credit card statements against statements of income, expenses and expenditure to identify fibs.

Or as ANZ termed it “any material discrepancies between a consumer’s stated expenses” and what’s in their bank statements.

It’s actually the small data detail that banks are actually really crap at, and, hit with systemic changes, will still require thousands of humans to piece together a cogent lending risk picture, according to the latest regulatory dirge.

And, true to branding, ANZ sure knows how to sing the IT opex blues.

“The licensee will need to collect all statements for accounts (deposit, saving and credit card accounts) into which the consumer is paid their income, and out of which the consumer pays their everyday living expenses and other credit liabilities.

“This is potentially a significant amount of material covering multiple accounts. The analysis would then require matching of stated expenses against observed expenses on the statements,” ANZ groaned in its submission.

Ugh. Back to the humans…

ANZ also wants to know ASIC’s “broad expectations under a process of manual collection of bank statements and manual analysis of statements” because there are not yet “reliable automated mechanisms to facilitate the request and collection of transactional information” that are “readily available to licensees.”

There are also “significant cost implications for both licensees and consumers, in the collecting of transactional information and automation of the analysis of such information,” ANZ complained.

But it’s not entirely regulatory theatre.

Reverting to human intervention on the lending front is a scenario painfully familiar to ANZ after CEO Shayne Elliott revealed automated checks on mortgage applications had caused a significant drop-off in loan applications in the bank’s last set of numbers. There are some things Atlassian can’t fix.

“We’re putting more loan assessors on,” Elliott said in ANZ’s May 2019 earnings call, adding it had been too hard to get a loan with ANZ, took too long, and the bank had just asked “for too much stuff”.

Notably, last Friday, ANZ’s head of retail Mark Hand – who has been promoted to complement its digital chief Maile Carnegie – took to ANZ’s corporate content site bluenotes to hammer the point the mortgage business was back on track after a decent tech bingle.

“The time to say ‘yes’ to the customer was too long,” Hand said. “But applications improved in July with the improved credit policy clarity and reduced approval times,” the bluenotes post continued.

“The reason we lost our way because it was unclear whether we would do a deal and we certainly didn't come back to customers and brokers quick enough,” Hand said before differentiating between ANZ’s big agile push and its digital transformation.

“So some of our systems need replacing, but it's also how we front the market, whether it be digitally or physically. It's also the capability of the people that we put in our market that talk to customers day-to-day.”

As for the human cost, ANZ’s submission to ASIC bowls up this scenario based on a check across three month’s expenses statements with around 100 to 300 transactions per month to match against.

“We estimate that if such a review was conducted manually by a bank officer across 3 months statements for two accounts, it would take approximately 2 hours (in addition to the other steps involved in the assessment process) and would unlikely result in complete confirmation of all stated expenses,” ANZ said, without providing a figure.

Assuming a pay rate of $50 per hour, the cost of a mortgage application could jump by $100 and that’s without a customer being approved. That’s the negative sell at least.

On the regulatory front, a big part of the problem, as ANZ sees it, is that despite all the talk of open banking, comprehensive credit reporting and other data-driven regulatory policy, systems across banks are still largely disparate.

Bluntly put, a lot of the data ASIC hopes to pick-up will not be automatically visible to lender’s systems. Which is kind of a problem.

ANZ said it agreed with ASIC commentary that “over time, developments in relation to open banking may increase the ease of obtaining information about a customer’s financial position and that these developments will change what can be viewed as reasonable steps to verify.”

But that scenario is still a way off with the necessary legislation only passing through Parliament this month. And even when active, it won’t capture everything.

“If a consumer has a transaction account relationship with an entity that is not obliged to disclose data, then the open banking regime would not aid in increasing the availability of transaction account data for a licensee assessing an application of credit from the consumer,” ANZ said.

ANZ’s submission also hit out at the possibility of using data aggregation services as a proxy for open banking data, saying it was “concerned” that ASIC was mulling such a move.

“In ANZ’s experience to date, data aggregation services commonly rely on the effective disclosure by consumers of confidential identifiers. Such disclosure by the consumer potentially breaches clause 12 of the ePayments Code and the terms and conditions of their credit facility, exposing consumers to potential liability for any loss resulting from unauthorised transactions,” ANZ said.

Which is a nice touch, considering banks routinely sheet most online fraud costs worth around $480 million straight back to merchants.

ANZ added that “guidance should not endorse forms of data sharing that cannot be facilitated in a secure manner and in a way that is consistent with existing regulatory safeguards”  and also cited concerns with screen scraping technology.

The National Australia Bank also had a blunt warning for ASIC in its responsible lending submission, saying it was still unclear “how ASIC expects credit providers to manually verify a customer’s variable expenses through a customer’s bank/credit card statements, prior to the adoption of emerging technologies or in circumstances where customers do not wish to use such technologies,” NAB said.

“This is not as simple as checking a customer’s declared figure against a line item in a bank statement.”

On the question of banks being required to make extra inquiries after previous repayment difficulties shown by a customer so that a blotted record “will not necessarily mean that a new credit product will in all cases be unsuitable for that consumer”, NAB it supported the aim, but warned costs would be big.

Centralisation not the only answer

NAB also expressed concerns “about maintaining records of the inquiries made and verification steps” taken by banks in terms of assessing credit customers, especially pooling them in a central location.

Noting ASIC’s preference for “capturing all records of inquiry” in a single place, NAB recommended “that it is sufficient if information is able to be collated, if required, rather that stored in one place given NAB has multiple systems in place across the bank and across different channels which makes it difficult to have records in one location.”

On the question of what aspects of a consumer’s financial situation a bank or broker would need to verify in all circumstances, NAB listed income (pay), liabilities (loans) and fixed and recurring expenses.

Which is straightforward until the beast of comprehensive credit reporting – which is supposed to give credit providers the big picture on consumer credit worthiness – enters the fray. It seems everyone sees that picture a slightly different way. And the data is still a little, well, green.

“Credit providers are reliant on CCR data maturing and in the future, are also dependent on data aggregation and open banking technology to enable efficient and consistent verification of variable living expenses across industry.”

And then there are the data refusniks.

The annoying people who use cash and ATM machines, shunning electronic payment terminals all for the sake of paying 90 cents per bunch of fresh choy sum, coriander, mint or basil rather $2.50 for stale, plastic wrapped hydroponic offerings from major supermarkets.

Or the people that opt for a $4.00 Banh Mi roll for cash for lunch rather than pay $11 ‘tap only’ for the same product because it’s near a bank’s innovation waterfront precinct.

NAB isn’t quite sure what ASIC wants it to do with those people when they apply for credit.

“It is unclear … how ASIC expects credit providers to manually verify a customer’s variable expenses through a customer’s bank/credit card statements, prior to the adoption of emerging technologies or in circumstances where customers do not wish to use such technologies - this is not as simple as checking a customer’s declared figure against a line item in a bank statement,” NAB said.

“Variable expenses are likely across multiple transaction accounts or credit cards and potentially include the use of cash.”

Cash. It seems banks still have a bit of a soft spot for it after all. Especially when it comes to their earnings.