It's your funeral: Oracle's ERP finally fires-up at InvoCare 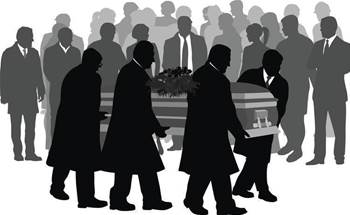 Funeral home and crematoria operator InvoCare has reassured investors the end is nigh for its somewhat delayed national Oracle ERP rollout project, with crucial hardware and telephony systems now in place to allow finalisation.

The Australia-wide aggregator of undertakers on Thursday dug-up a decent set of numbers on its efforts to despatch disparate legacy Salesforce and Epicor systems that were declared at “end of life” in 2018, replacing the mish mash with a single platform across all its brands.

The scale of the rollout inflated InvoCare’s IT capex by a whopping 493 percent in the previous corresponding half year, after costs soared from $1.5 million to $8.9 million.

But with 290 ‘funeral locations’ and 16 cemeteries across Australia, New Zealand and Singapore, the costs of legacy systems which refuse to die can, and often do, come back and haunt you.

Mind you, old computers and software aren’t the only malingerers hitting valuable revenue.

People not dying as planned can also be a perennial problem for InvoCare, with the deaths in corresponding previous period (PCP) not as reliable as usual.

“Deaths across InvoCare’s markets are reverting back to historic norms at an estimated growth of 1.2 percent on PCP,” InvoCare’s CEO Martin Earp cheerily told investors in Thursday’s presentation, with the company touting “positive results from growth strategies”.

Still, Australia has a rising population, so the business will come, it’s just a matter of figuring out when – and managing costs.

Which is where the new Oracle system comes in, namely as the core platform for InvoCare’s ‘protect and grow’ initiative that will standardise systems across InvoCare’s constellation of 61 brands, many of which originated from, or still are, small, family-owned businesses (on Excel).

Still, transformation, the sort when you stay alive, wasn’t meant to be easy.

InvoCare’s cash flow highlights noted an “adverse impact on cash collection during transition to a new ERP system” over the preceding half-year. From what we can tell, that meant stonemasons went onto the trade creditors list for a while.

But the worst is over, InvoCare said, pointing to a revival in the coming year under its “operational efficiencies” commentary. It’s half way there.

“The collaboration between the ERP project team and operational team, along with the commitment and resilience of our field staff mean that by the end of H1 2019 circa 50 percent of the sites had been converted to the new system,” investors were reassured.

“The project should be implemented by the end of H2 2019. The benefits of this new technology are both operational (procurement, reduction in administration, scheduling, dynamic pricing) but also, and perhaps more importantly, is delivering vastly improved reporting capabilities.”

InvoCare’s latest numbers did reflect a substantial drop in IT capex after the previous period’s fivefold leap, with the capex summary booking in a 55 percent drop to $4 million versus $8.9 million in the previous corresponding period.

Clearly something clicked … perhaps a site visit? We can only speculate. Oracle’s ERP system, however, will soon be used to farewell dead dogs.

“The pet cremation sector is a natural expansion of InvoCare’s core business,” the company said.

“The humanisation of pets has driven strong growth in the pet care market sector.”