NBN Co's revenue per user creeps up to $46 a month 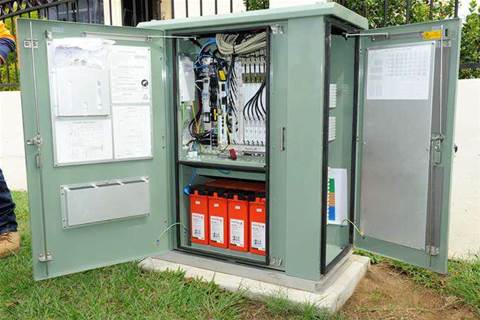 Sees $2 uplift in space of a year.

NBN Co recorded another $1 rise in its average revenue per user to finish at $46 as of June 30, edging it closer to its long-stated targets.

The network builder released its FY19 financial results overnight ahead of a briefing on Thursday morning.

It recorded total revenue for FY19 of $2.83 billion, beating its corporate plan forecast of $2.6 billion.

That meant it did revenues of $1.53 billion in the back half of the financial year.

The company was keen to tout another movement in its average revenue per user (ARPU), which had long-stagnated at $43 through to 2017.

NBN Co has made no secret of its desire to raise ARPU predominantly through an increased focus on selling business services.

It said its ARPU growth of $2 in the space of a year was partially due to business growth, as well as the ever-increasing number of users on 50Mbps bundled services.

The bundled services are part of a broader suite of NBN products that come with higher price tags, and which have caused the cost of broadband services generally to rise.

It also comes against a backdrop of retail service providers (RSPs) incurring "overage" charges for bandwidth consumption above that which comes included with bundled services.

“This growth was driven by a combination of factors, including the high number of customers upgrading to wholesale speed tiers of 50 Mbps and above , rising data consumption amongst residential and business customers, and stronger business segment revenue of $388 million for FY19.”

NBN Co CEO Stephen Rue said the company was on track “to complete the build in 2020.”

“Today, less than one year away, we can confirm we are on time and on budget,” he said.

“This is a testament to the incredible diligence and effort of NBN employees and our delivery partners and I thank them for their continued commitment.”

The company noted in fine print that the 2020 completion goal covered “standard installation premises only.”

“Network construction will continue beyond 2020 in relation to new residential and business developments and complex installations, which includes properties that are difficult to access, culturally significant areas and heritage sites,” it said.

It was not immediately clear how many premises would fall into one of these categories.