Tech projects claim half of latest CRC funding round 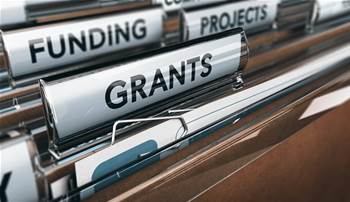 The federal government has handed out $20 million in the latest round of Cooperative Research Centres Project (CRC-P) funding, with around half of the kitty going towards IT projects.

Since 2016, the CRC-P program has provided industry-led collaborations with short-term funding of up to $3 million to develop new technologies, products or services with tangible commercial outcomes for the country.

A $28.9 million project to use artificial intelligence (AI) and a hybrid energy storage system to deliver cost-effective renewable energy won the most federal funding of the tech projects, receiving the maximum $3 million on offer.

The project is led by Providence Asset Group with the support of the CSIRO, University of New South Wales and University of Technology Sydney, and will create solar farms with battery or hydrogen storage cells that uses AI to predict fluctuations in energy demand and efficiently match the amount of energy supplied.

The second largest amount of CRC-P funding, $2.9 million, went to another UNSW project which seeks to develop quantum data protection for internet of things (IoT) devices.

“The project goal is to design and manufacture a QRNG device the size of a micro-chip, which is suitable for initial integration into a commercial device and generate first sales. The team expects to create technology that is lower cost and higher speed than existing miniaturised quantum random number generators,” UNSW said.

Some $600,000 was allocated to another IoT project run by Swinburne University of Technology, Bega Cheese, Telstra and three Australian milk suppliers for real-time supply chain monitoring.

In the education sector, the CSIRO and University of South Australia have partnered with Intersective and Navitas to develop a privacy-preserving data analytics platform allowing education providers to collate and analyse student data while reducing their privacy risks and maintaining GDPR compliance.

For healthcare, Flinders University has joined up with Wound Innovations and Paul HARTMANN Australia to use an automated 3D camera to collect diagnositc data on pressure injuries to improve clinical decision making, especially in the aged care sector.

Applications for the next round of funding, which will focus on Australia’s waste reduction and minerals capabilities, are open until 24 September.