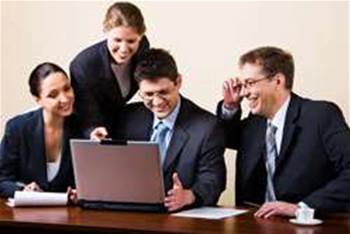 Residential users could be shifted to new 110/20Mbps tier instead.

The proposal is contained within the current NBN wholesale price review and is a previously unknown extension of the company’s future thinking around the 100Mbps tier.

When NBN Co launched the review in June, it revealed plans to create a cut-price 100Mbps service by slashing the uplink from 40Mbps to 20Mbps.

But the text of the price review reveals NBN Co floated making the existing 100/40Mbps product for business only, meaning residential users would no longer be offered the product.

The review seeks “support [for] the development of a residentially-focused lower cost [100Mbps] AVC ... coupled with re-positioning of the 100/40 AVC as a business-focused service to support high-speed TC-2 and business discount bundles”.

It’s unclear what proportion of current 100/40Mbps users rely on the beefier uplink speeds - and might therefore be less receptive to a proposal to cut them in half.

“We’ve identified that residential customers tend not to use the 40Mbps upload speed on the current 100/40, so to provision a service of these dimensions adds costs from a wholesale and retail point of view,” he told iTnews.

Aussie Broadband offered a counter-view in its submission to the price review.

“We believe there is still a reasonable segment of the residential market that want the 40Mbps upstream speed, particularly given the popularity of cloud applications for storing photos and videos,” it said.

“We would discourage NBN Co from restricting this product solely to businesses.”

If 100/40Mbps was annexed from residential sales, it is unclear what would become of users signed up to those services.

iTnews asked NBN Co if existing 100/40 residential users would have to migrate to the newer 110/20Mbps tier or if they could they keep their 100/40Mbps service under a grandfathered arrangement.

The response is somewhat unclear.

“There are no proposals in the paper about customer restrictions, and ultimately it’s up to RSPs to purchase any available NBN offer to construct their retail offerings to supply products to business and residential customers,” Walliss said.

That would appear to suggest that, if the proposal was to go through, residential users wanting beefier uplinks would have to buy business-oriented services, or else simply live with a smaller uplink.