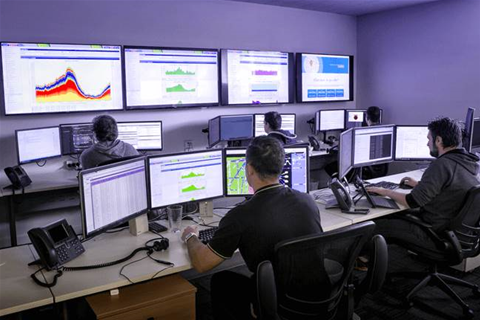 As well as more competitive products above 100Mbps.

Aussie Broadband is urging NBN Co to create a “half-price” product for disadvantaged users, while also providing more compelling options for users whose lines - and budgets - support going above 100Mbps.

In a wide-ranging submission to the NBN wholesale price review obtained by iTnews, the retail service provider proposed several changes that could increase take-up of NBN services.

Aussie Broadband joined the Australian Communications Consumer Action Network (ACCAN) in calling for a cut-price service for a subset of price-sensitive users.

ACCAN is asking for a 50Mbps speeds priced at $20 wholesale and $30 retail for households receiving government assistance.

Aussie Broadband similarly backed a “conditional product” for the most cost-conscious segments of the internet market.

“We believe a large number of these customers use mobile services, which are cheaper than most current NBN product offerings but offer significantly less data,” Aussie Broadband stated.

“If NBN Co were to offer a half-price bundle for disadvantaged groups, therefore allowing RSPs [retail service providers] to sell the product at half-price, a consumer would likely be able to access an unlimited data NBN50 product for $35-$39 per month.

“A price-equivalent mobile service would likely only offer 15-20GB of data, making an NBN product a compelling option.”

For users that did not receive government assistance but who just wanted an entry-level plan, Aussie Broadband suggested rejigging the current “25/5Mbps bundle product with 2Mbps of included CVC”.

“We feel that 25/5 is appropriate as an entry-level product as it is capable of meeting the basic needs of most Australians (hence ensuring a positive NBN experience from the beginning) while also generating incentives to move to higher tiers as speed / data use increases,” it said.

“We believe a fair value for this bundle is $35 per month.”

At the same time, Aussie Broadband urged NBN Co to stop pricing plans above 100Mbps out of reach of most Australians.

The company said it “strongly believes there is a market for speed tiers above 100mbps if NBN Co was to support these tiers with an appropriate bundled product.”

“Currently these products are priced at a significant premium and have a limited data allowance due to current CVC [connectivity virtual circuit] constraints,” Aussie Broadband said.

“However if created into a high-bandwidth bundle with a larger CVC allowance, these products would have much broader appeal.”

“We believe this represents genuine opportunities for NBN Co to increase its ARPU [average revenue per user] in conjunction with customer willingness to pay,” it said.

The company also based its comments off of NBN Co retaining its existing 50Mbps and 100Mbps tiers, though it noted that the CVC bundled with these plans would need to increase substantially between now and 2023 to keep a lid on congestion.

Aussie Broadband also joined Vocus and Vodafone in asking NBN Co to reconsider the future of the CVC construct.

However, the company noted that it was not a specific question asked by NBN Co in the pricing review.

"Given this consultation paper does not address the price construct itself we will not focus on the issue further," it said.

"This being said, we strongly encourage NBN Co to reconsider the CVC pricing model itself in order to create a sustainable price structure in the long term."