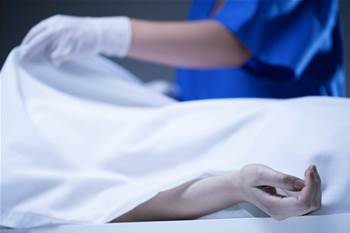 A Sydney start-up specialising in virtual reality (VR) representations of medical imagery and cadavers has received almost $560,000 in the latest round of the federal government’s Entrepreneurs’ Programme.

The company is led by co-CEOs Dr Vijay Paul and Dr Nishanth Krishnananthan, a medical doctor with experience in emergency medicine and a surgeon respectively.

Krishnananthan said at the HCF Catalyst Demo Day that Vantari’s software-as-a-service (SaaS) VR platform is already being used in a pilot study at Campbelltown Private Hospital in Sydney’s southwest to measure the impact VR has on orthopaedic surgery patient outcomes.

“Lastly, we’ve been finalising a contract with the University of Sydney to deliver the most realistic anatomy teaching tool for students,” Krishnananthan said at the demo day.

He added that although Vantari is one of the first local players in the local commercial healthcare VR sector, it faces offshore competition.

Some universities are also developing their own VR capabilities for healthcare education, such as the University of Newcastle’s efforts in midwifery and oral health.

However, minister for Industry, Science and Technology, Karen Andrews, said the Accelerating Commercialisation grants will help fast track delivery of the recipients’ projects into the local and export markets.

“Investing in businesses and technology is vital to ensuring Australia builds on its record of 27 years of uninterrupted economic growth,” Andrews said in a statement.

“This funding will support these businesses through their product lifecycle, from product trials and development to market testing, with the aim of going global.”

Ten businesses from around Australia, including Vantari, shared in $3.7 million in commercialisation grants.