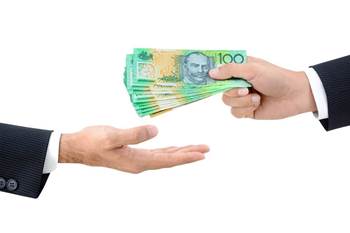 The Australian Competition and Consumer Commission (ACCC) revealed today that of over 390,000 customers “contacted and offered refunds, so far only around 25 percent” have responded.

The take-up rate is almost identical to that of Telstra, which was similarly caught out in the third-party content subscription billing scandal of 2018.

iTnews first revealed last month that only 26 percent of impacted customers Telstra contacted had taken up the offer of a refund.

The scandal over third-party subscriptions resulted in telcos, including Telstra and Optus, being fined millions by the courts.

The telcos had allowed third-parties to charge customers for content subscriptions - such as for games or apps - through the telco’s monthly bill.

The problem was that customers often could not recall subscribing to these services and thus could not unsubscribe from.

The entire practice, which was always close to the regulatory wind, has now been discontinued.

The ACCC urged Optus customers to call Optus on 133 937 “if they believe they may be entitled to a refund and have not yet been contacted by Optus”.

The competition watchdog did not provide a reason why most Optus customers had not claimed refunds.

In Telstra’s case, the majority of refunds were offered to a cohort of customers that could not technically unsubscribe from premium content services, but for whom Telstra could not be sure were impacted.

It appeared those customers did not know they could legitimately claim refunds and therefore hadn’t.