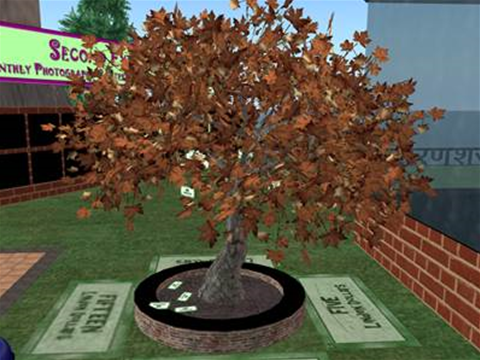 Linden Lab, the company behind virtual world and online game Second Life, will from now on ask its users to identify themselves in order to comply with tightened United States regulations, set up to combat fraud, laundering and terrorism financing.

The company said that "as part of our risk management process, we must obtain, verify and record information about our customers for whom we offer financial related services."

Second Life has been active since 2003 and still has just under a million users, and its own virtual currency, Linden Dollars that can be credited against US dollar accounts.

These can be used to trade virtual goods in the Second Life marketplace, and one A$ currently buys just under 202 L$.

Linden Labs had over the past years tried to get avoid getting the L$ classified as a virtual currency, stating in its monetary policy that they constitute "a limited license permission to use features of Second Life".

The US Financial Crimes Enforcement Network (FinCEN) government agency disagreed however and in 2013 said the Linden dollars is a virtual currency.

This includes full name and address, date of birth, and US social security number and photo identification.

Proof of address and name will be required, and Tilia will only be open to those over the age of 18.

Tightened anti-money laundering regulations around the world have caught out finance providers struggling to remain compliant with the new rules.

The auditor will probe Afterpay after AUSTRAC raised reasonable concerns that the finance company has contravened provisions of Australia's Anti-Money Laundering and Counter-Terrorism Financing Act of 2006.

Prior to the audit of Afterpay, AUSTRAC's compliance dragnet had caught systemic breaches at major banks.