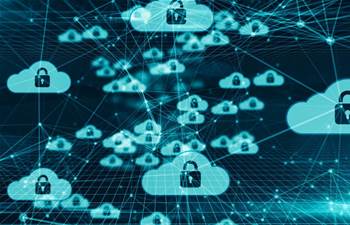 The new service gives the more than 21 government agencies that consume services from the shared services provider access to protected-level cloud services that have been tailor-made for the Victorian public sector.

It is an evolution of the agency’s VicCloud environment, which until now has offered customers access to Microsoft and AWS cloud services for data classified up to unclassified DLM.

Underpinned by Canberra-based Microsoft gold cloud partner oobe’s ‘Perimeta for Azure' solution, VicCloud Protect is one of the closest examples of a whole-of-government secure cloud service to be offered by any Australian government to date.

At a time when agencies are increasingly looking to host protected-level datasets in the public cloud following the approval of hyperscale cloud services providers like Microsoft, it is intended to give agencies confidence when shifting on premises applications and data to the cloud.

The service meets both federal cyber security guidelines and jurisdictional specific requirements for handling protected-level information like the Victorian Protection Data Security Framework out of the box.

To do this Microsoft and CenITex worked closely to develop clear policies, controls and standards to protect the security and integrity of customer workloads.

CenITex service delivery director Nigel Cadywould told iTnews VicCloud Protect would give its customers access to secure cloud services without the complexity or cost of going it alone.

“For an individual government department or agency to do this by themselves would be very expensive and hard to justify,” he said.

“But this is the classic example of where shared services work really well because the benefit of doing it once and paying for it once means the customers are only paying for the consumption costs, which is exactly what they want.”

He said the service would allow CenITex to work with customers to “quickly and simply deploy individual workloads or subscriptions in Azure” knowing that corporate and government policies are adhered to.

"One of the reasons I think we need this greater focus and assurance around security of the workloads that are going up there is we’re seeing that big shift from on premise to cloud and we’re trying to drive that as much as we can for our customers," he said.

The Department of Premier and Cabinet is one such agency that has already shown a strong interest in pursuing protected-level cloud services, Cadywould said.

Other agencies like the Department of Health and Human Services is also a big advocate of Microsoft platforms, having just migrated more than 11,000 staff from Lotus Notes to Office 365.

Microsoft Australia’s national technology officer Lee Hickin said that VicCloud Protect was the first time a central government IT agency in Australia had introduced such a service.

“CenITex has really recognised the opportunity and created something that is unique in an approach, and in partnership with oobe have really built a solution that … offers the flexibility, the security, with all of the governance and processes that is required to be in place whilst still maintaining alignment to national legislation and Victorian legislation,” he said.

“Those are not easy problems to tackle when you look at them individually.”

He said that the service would help manage the risk assessment process for agencies, while opening up the possibility things like DevOps frameworks for agile development and containerisation.

Although existing customers have been behind CenITex's push to offer secure cloud services, Cadywould expects the service will appeal to the wider Victorian public sector and could help to boost the agency’s customer base.

“I think it will be an attractive thing. There will be some people out there who are struggling around particular areas of security or compliance,” he said.

“I do think we will see some additional customers coming up with particularly sensitive workloads in order to meet the requirements of their business.”

oobe chief executive Stuart Kilduff said VicCloud's use of 'Perimeta for Azure' was another vote of confidence for the solution that is also being used in the federal government.

“We've seen a spike in the uptake of cloud services across both federal and state government since Microsoft received Protected-level status for Azure in Australia, and Cenitex is now leading the way, helping Victorian government agencies tap into Microsoft's hyperscale cloud whilst enhancing their security posture.”