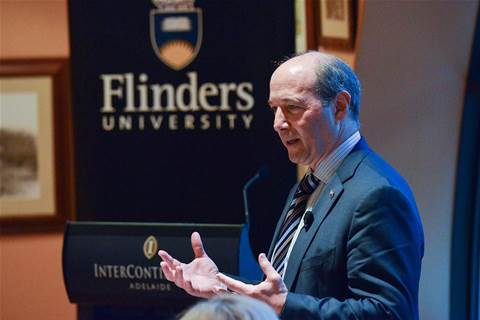 In alliance with US.

The eponymous Centre for the US Alliance In Digital Technology, Security, and Governance is set to take a multidisciplinary approach to areas of concern to both Australia and the United States to improve the posture of governments and industry in responding to cyber challenges and threats.

Aside from the outright cyber attacks and espionage, the Jeff Bleich Centre (JBC) will also research the use of digital media manipulation, such as the Russian ‘troll farms’ and disinformation campaigns during the last US election, in fostering divisions in civil society and its impacts on security and the democratic discourse.

Analysis in The Conversation suggests similar tactics have used to target Australians through the #auspol and #MH17 tags on Twitter.

Flinders vice-chancellor, professor Colin Stirling, said ahead of the launch that the centre will create opportunities for government, NGOs and defence industries to work with the university to face current and emerging cyber security issues.

“It will consolidate Flinders University’s research expertise and strengths in digital technologies, security and governance, and build upon Flinders’ existing strengths in US policy studies and the university’s strong US alliance”, Stirling said.

“The Jeff Bleich Centre will undertake research to identify reforms, including regulatory models, that preserve the gains of the digital revolution, but enhance the protection of democratic freedoms, and restore trust in the institutions of democratic societies.”

Bleich added that digital technologies have produced fundamental changes to the way people work, eat, shop and live - but also to societies and they way countries defend themselves.

“Our nations — both separately and together—must operate in new ways to preserve our values and protect our people and allies in new battle spaces,” Bleich said.

“Flinders is the ideal home for the centre with its long-term track record in American studies, its focus on disruptive technologies, and its successful bi-national programs.”

The centre’s launch was timed to coincide with the release of the annual Lowy Institute Poll, in which 62 percent of respondents believed a cyber attack from a foreign power is a likely critical threat within the next 10 years.

The biggest perceived threat was climate change (64 percent of respondents), with a terrorist attack coming in third at 61 percent.