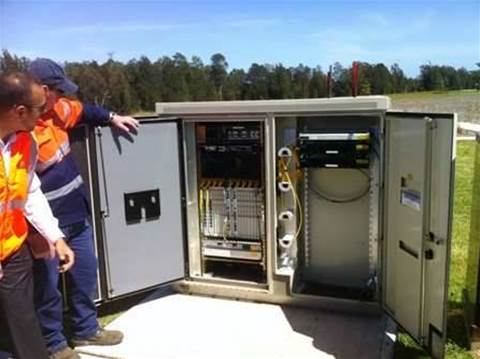 NBN Co is “no chance” of being financially able to improve the lot of fibre-to-the-node and fixed wireless users - and should therefore consider offloading some of its remit in the last mile, a Huawei executive has said.

Huawei Australia’s CTO David Soldani told the 5G Business Summit in Sydney that “hundreds of thousands of Australians” were likely to be stuck with “low-speed broadband” for the foreseeable future.

“With neither major political party dedicating any additional significant funding to the NBN at May’s Federal Election … the hundreds of thousands of end users on congested fixed wireless services or those on long copper FTTN lines had no chance of getting improved services,” Soldani said.

Soldani said the lack of money available for upgrades meant that new models to address last mile connectivity should be canvassed and considered.

He suggested opening regional areas in the fixed wireless and FTTN footprints up to commercial mobile operators via a program modelled on the mobile blackspots scheme.

“Let’s stop pretending that NBN Co can do this whole thing by itself – we now know that it can’t. There is simply no more money in the pot,” Soldani said.

“We know that in outer-suburban and regional areas the mobile operators have plenty of spare spectrum available because there is very low population densities in those areas.

“So, using the mobile blackspot program as a template, why not encourage the mobile network operators to extend their regional networks and use that available spectrum to deliver 5G fixed wireless services to consumers?

“Alternatively, we could look to take a leaf out of what has been happening in Victoria where the state government and local council have collaborated to deliver a contract to private operators to deliver high-speed fixed wireless services of up to 1Gbps to regional end-users.”

Under mobile blackspots, new towers and base stations were co-funded by the government and telcos, but form part of the telco’s own network.

It’s understood that this is essentially what Soldani is also proposing - that the government still chips in some money albeit to essentially fund 5G operators to relieve NBN Co of the need to serve some of its regional user base.

Huawei wouldn’t be able to immediately benefit from this, unless the government changed its position and allowed the Chinese equipment maker to participate in Australian 5G networks.

It has been banned from doing so since August last year, though Soldani used his speech to press for the ban to be overturned.

NBN Co does have an active $800 million project aimed at improving parts of the fixed wireless network.

The company is also starting to trial upgrade paths for FTTN though it is unclear to what extent it will be able to fund them on a large scale.