NAB gives three people $666m each to lend on tech 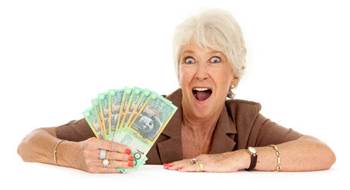 Do you wear Birkenstocks with socks, work in a grotty, overpriced ex-industrial share space in Surry Hills and lose millions in snow blind venture cap money on the vague promise you might be the next so-hot disruptive social media or fintech IPO?

If the answer is a flat ‘no’, and you actually make a profit and can demonstrate a solid tech business case, the National Australia Bank (NAB) and its business lending arm is now willing to sell you a loan to help you grow.

(And then get bought out by a bigger company or private equity that they can also hook you up with.)

NAB on Thursday became the second major retail institution in Australia to slap on the lippy and start courting serious scale-up money, saying it’s earmarked $2 billion over 5 years in what’s primarily debt product aimed at the local IT sector as it tries to cash in on the transformation boom.

And while $2 billion is (quite deliberately) an outwardly big number, the bank's pitch essentially boils down to a lending book of about $400 million a year in business loans it hopes to write over the period as tech product and services firms increasingly become a staple in the economy.

A NAB spokesperson told iTnews there’s even now a dedicated tech-lending team of three, so the big number boils down to $666 million per lending team member. Cue the Iron Maiden.

That stage, we imagine, would be when a business stops losing money and start making it. Of course some businesses are profitable form day one, and they've often been the ones going begging when it comes to access to non-exotic credit.

“This commitment is about giving technology companies with demonstrated potential for growth the shot-in-the-arm they need to be bigger and better,” Healy said.

“These tech-driven companies are often already profitable but need further capital and banking expertise to grow.”

It’s understood the size of the commercial loans being pitched are between $5 million and $250 million, with NAB willing to steer clients towards capital markets should they choose to take a spin on the roulette wheel of ASX tech small caps that wants to be a NASDAQ-lite.

It also indicates retail banks are now looking outside so-called ‘start-up land’ which is funded by a mix of private and bank backed venture capital in exchange for equity.

There’s also a clear business lending opportunity for established enterprises looking to make the digital transformation jump for new equipment and software that can help cut costs and increase margins.

Or, very obviously, the IT channel or value added services market that could be looking for a much better deal on capital management than rapacious vendor finance.

Australia is of course woeful at calculating the actual dollar value of the domestic tech sector – either as turnover or capitalization.

Like Westpac, NAB doesn’t really have a set of local IT market metrics and statistical agencies still don’t really count software in export products (unless its shrink wrapped).

But what is clear is banks are increasingly hungry for real business from a previously sidelined sector.

If the same institutions could regularly quantify the value of Australia’s technology sector, as they do for other sectors, that would not be such a bad thing.

And with an interest rate cut in the last fortnight, let's face it, margins on residential lending aren't getting any fatter.